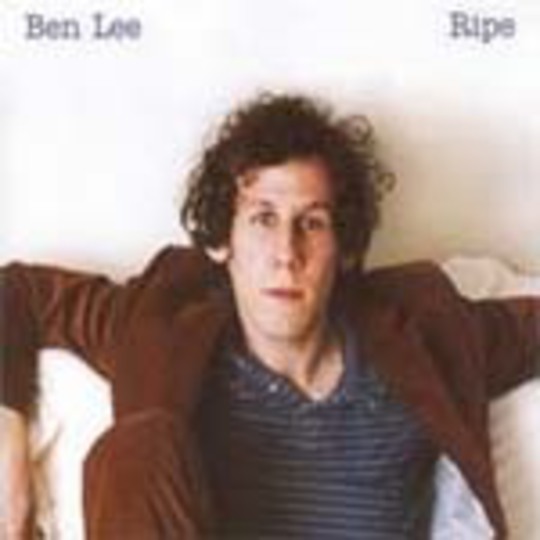 Ben Lee received a certain boost in interest last year thanks to the success of dorky single ‘Catch My Disease’, which helped him scoop up a brace of awards in his native Australia and even managed to woo notoriously hostile daytime radio in the UK. The accompanying album, Awake Is The New Sleep, had an infectious sense of optimism about it that had been lacking in his recent work, opening him up to a larger audience.

It has never been easy to predict what direction Lee will take, as each one of his six solo albums is a very different sounding beast. Ripe is by far the most overtly ‘pop’ record in his oeuvre and he has obviously expended significant effort filling every song with hooks from start to finish. The result is a record that could sit comfortably alongside indie-MOR bands such as Semisonic, only with a definite bedroom recording feel courtesy of Lee’s unaffected vocal.

Where the commercial makeover takes, such as on opening track ‘Love Me Like The World Is Ending’ and the wistful ‘Is This How Love’s Supposed To Feel?’ _, the results are pleasantly unpretentious and hummable. Many of the other tracks are overwhelmed by cringe-worthy teenage sentiment (‘Just Say Yes’) or misguided cutesy humour (‘What Would Jay-Z Do?'), but the ultimate problem with this record is that the hooks are largely unoriginal and worse, unmemorable. That’s something that even the Bon Jovi rip on the intro to _‘Sex Without Love’ and a novelty guest spot from teen-pop queen Mandy Moore can’t divert attention from.

It has become something of a comfort knowing that Ben Lee will forever be lurking in the background of pop culture, releasing likeable albums that brighten the day but always fall a little short of exciting the soul. Ripe is another in this long line of ‘nice’ albums that just doesn’t happen to stand quite as tall in the crowd.