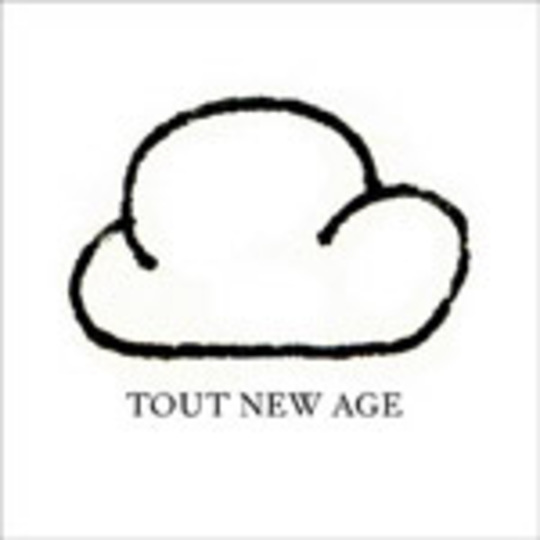 Earlier in the year I contemplated giving A Sunny Day in Glasgow’s debut album Scribble Mural Comic Journal a 10/10 score (review). Why didn’t I? I can’t remember now – but it haunts me while listening back to the record that I didn’t award it the highest accolade. Really, there aren’t many records this year that are more deserving.

The record’s sister EP, Tout New Age, features the tracks that missed the cut the first time round. It’s much more than a throwaway b-side cash-in, though. Out of the 30 songs the band had to whittle down for their debut, the eight that made it onto this EP must have been subject to hours of deliberation in the recording stages. Many of these tracks match the quality of those on their debut, and some even better them. It’s a wonder why Scribble Mural Comic Journal wasn’t made into a double album. If only…

The Philadelphia trio’s unique dream-pop sound is always shrouded in mystery. As with the tracks on their debut, they take the age old shoegaze technique of hiding their music upon swathes of distortion and echo. Nothing is clear cut with A Sunny Day in Glasgow – every listener will hear something different. The EP’s earliest highlight ‘Laughter (Victims)’ bases its medley of pop hooks and fuzzy guitar upon an ‘80s electro-pop beat – a description which will either have you rushing out to buy it or running to the hills. The echoed vocal haunts of ‘The Ossifrage (Tout New Age)’ wrap themselves around fractured keyboard melodies and buried drum beats. It’s a technique that’s drilled to every song, giving them a sound which is understated but no less beautiful.

I’ll probably regret not giving this EP a 10 as well in a few weeks. A Sunny Day in Glasgow are a band that gives dream-pop a fresh reference point. The Cocteau Twins can step down from their throne.