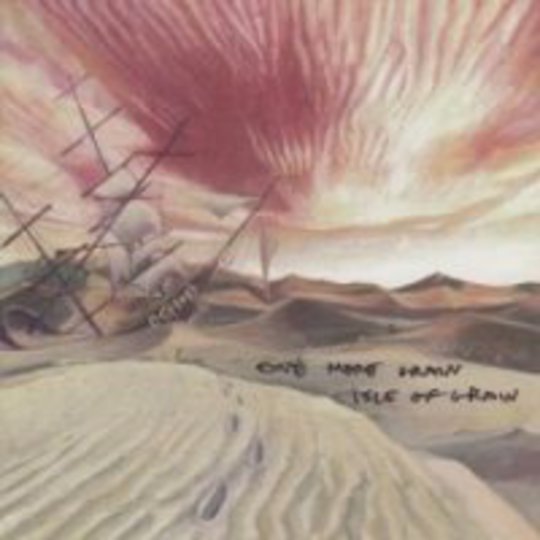 Rock’s always been a little in awe of poetry, but rather like King Kong’s indelicate fumblings with Fay Wray, attempts at consummation usually mean it’s time to get the tanks in. One More Grain get around the problem by being not entirely either.

Underpinned by but not in any sense overwhelmed by Lancastrian Daniel Quinn’s wryly eccentric ramblings ("I don’t need no watch on my arm / there are far more amusing ways of telling the time"), they’re a surprisingly musical troupe as much indebted to the winding jazz textures of Robert Wyatt as they are The Fall’s bad-tempered post-punk racket.

Coming after the pastoral scenes described on the band’s first mini-album release, the acclaimed Pigeon English, Isle Of Grain is Quinn and co’s attempt at tackling life in London’s anonymous sprawl; its comforts and its innumerable dangers, coiled like sleeping snakes in your peripheral vision.

Not that Isle Of Grain’s nocturnal reveries are only applicable to the big smoke, but anyone who’s picked a strangled route through the pound shop wildernesses of North London to a cramped bed will feel immediately at home here.

It’s a record that evokes dark, gleaming streets under glowing skies that never really acknowledge the night’s arrival. Pacing restless, watching shadows lengthen, fade, then snap back into focus as your mind does much the same, moving in ever-decreasing circles of foggy introspection.

The instrumental 'Under Night Streets _' is like walking up on the down escalator, all undulating bass and insidious horns, while the quizzical blasts of trumpet and rhythmic clatter of 'Confession Time_' have all the muted chaos of a Raymond Chandler novel.

The ironically upbeat 'Having A Ball' is the musical standout, peppy horns failing to disguise its narrator’s recent nervous breakdown, but it’s 'Figure Of Eight' that provides the lyrical centrepiece, neatly crystallising the themes of repetition and intellectual figures of eight: "a flock of birds has more idea of where they’re going than people do / no holding a mirror to the mind / none of this burden of human personality".

Better take a tip from those birds, then, and direct yourself toward a copy of this superlative release.