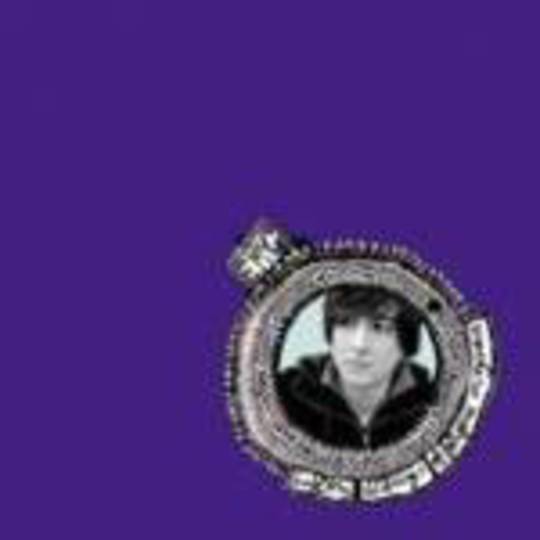 Forget all your talk of promise and potential, so often preceding muted fanfare for another breaking-through artist with songs enough to warrant praise-worthy attention. It’s so non-committal, so fence-straddling. For once, swallow the lump and take the plunge. For once, realise that what’s in front of you has exceeded the level of acts – peers generically or entirely otherwise – so usually clumped together as Ones To Watch, whatever. Forget keeping them peeled in the future and focus the peepers right now: Eugene McGuinness is the finished, fantastic article.

The Early Learnings Of… isn’t an album proper as such – running as it does to a mere eight tracks it’s more an EP, or a ‘mini-album’ if you’re the sort who likes to differentiate between the two. For the sake of this review, though, this is the debut; the blueprints from which a wonderful career is sure to blossom. McGuinness has a way with words that’s quite remarkable; an assured and almost certainly inherent ability to wrap polysyllabic tongue-twisters around skittering percussion and deftly strummed acoustic guitar lines as if the three were born together in a litter, as if they shared a common bloodline that this architect of modern singer-songwriter material has traced to an ancestral source and tapped to stunning effect. A comparison could be drawn between these sing-it-like-it-is lyrics and those of a recently Mercury-nominated south Londoner, but to do so would pitch the pair into an on-paper rivalry. There’s no contest to be had, though – this is many leagues above the current work of one Mr Treays.

The Early Learnings Of… benefits from instantaneous appeal courtesy of its approachable opener, ‘High Score’, which rolls and ripples compositionally while various misfortunes are documented vocally – misfortunes which could refer to late-night video gaming or the wandering of streets familiar on a daily basis. Black cats and ladders, bursting into flame: there’s a little lyricist license at play for sure, but the song sets a fine tone for a record that’s full of succinct vignettes relaying real-life events of love-struck wonderment and gut-crunching cursed luck. ‘Monsters Under The Bed’, McGuinness’ single of earlier this month, is one of many offerings that a high percentage of listeners will relate to: our protagonist can’t sleep, even though he’s got work in the morning, so whiles away his insomnia by surfing the net (obvious) and watering flowers out on the street (rather less so – we can only assume Eugene’s neighbourhood is nicer than ours).

While a couple of songs edge upon boisterousness (particularly the jaunty ‘A Child Lost In Tesco’) – quite an achievement given their maker’s laid-back approach to committing arrangements to tape; however layered proceedings become, there is always a heart to every song, beating away visibly – the highlights prove to be the contributions which lean with a weary sign upon a ledge of bittersweet melancholy. ‘Vampire Casino’ is a brief dalliance with such an approach, but the record’s standout – if one needs identifying – is ‘Madeline’, a song so achingly gorgeous that it’s a miracle this writer hasn’t already had a selection of its lyrics etched onto his headstone-to-be. The opening two lines are both bizarre and beautiful: “You were dancing like a dying matador / amongst an armada of four-by-fours”. Sounds surreal on paper, but as the song develops it’s clear that McGuinness is penning in a state of dumbfounded bedazzlement at a beau to be. His voice drifts in and out of the song, barely there at times and striking when the listener is at their most vulnerable, and the effect’s quite breathtaking. It might just be the most honest-hearted love song to be released in 2007, full of neat references to school-day affections and sideways glances at the bigger picture unfolding about a pair’s fledgling union.

Lump swallowed, the conclusion to this critical piece writes itself. A major new solo talent has arrived, and our suggestion is a simple one: buy now and save yourself the embarrassment a year or so down the line of not letting songs as perfect as these enrich your existence sooner.