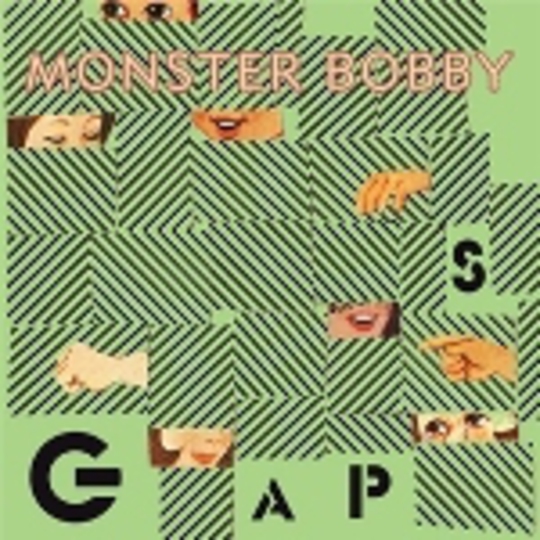 With a moniker like Monster Bobby, Robert Barry has a lot to live up to. It may mean little elsewhere, but here in the heather strewn heartland of Scotland - a place where women gorge savagely on the first sign of male fallibility - such brazen self-trumpeting (with self and trumpet being the operative words) ensures he has no option but to rise spectacularly to the occasion.

Luckily, the Brighton-based scene shaker’s had no trouble with the ladies thus far; gleefully leading indie-pop princesses The Pipettes into the chart’s orgasmic echelons with his whip-cracking predisposition for blossoming sixties swoons . But not content with lubricating the nation’s loins through a trio of sultrily decorated chanteuses, he’s slapped on the aftershave, waxed up his locks and swaggered out on his own, determined to get himself some flesh-hankering adulation with the release of debut LP Gaps.

Yet, instead of alluding to the masculine bravado of his pseudonym, Barry proves a tender romantic; one who dreams of the cosy, heart-warming riches a lover’s caressing touch brings. Much like Magnetic Fields’ 69 Love Songs,_ Gaps_ is doused in an amorous electro-acoustic perfumery that tingles with deft love struck reveries and melancholic solipsism. Instantly setting a turtledove’d agenda with ‘The Closest Experience’’s tin-pot guitars and pulsing drum beat, Barry’s muzzled “I love you”s smack of crestfallen rejection but amidst this weepy veneer lies a xylophone-led blur of optimism, as if he knows everything will, ultimately, be alright.

And it’s in that glimmer of hope Gaps unveils its residing strength - this is a record everyone can empathise with. Brimming in sorrow but laden with that unavoidable human propensity to believe in the chimera of love, melodica-infused laments like ‘Once More To Lay Down Beside You’ tangle freely with ‘I Live For Your Fleeting Touch’’s scrumptious doe-eyed canter, while ‘Blah Blah Blah’’s playful horn-parps finds our protagonist abandoning his superficial pop-celebrification for the love of a good woman. Although, such willing lachrymosity is unlikely to woo any polka-dotted scenesters, Barry’s sensuous melodic touch - similar to that of Jens Lekman (particularly during ‘The Postcard’’s pier-like breeziness) – wonderfully plucks every heart-string to a weeping tune of gushing raw devotion.

Strikingly detached from his make-up clad protégées quickie-up-the-back-of-an-alley songsmithery, Gaps is a brittle collection of tear rendering vignettes and dazzling electronic dreamscapes that evokes the stirring sentimentality of summertime loving. He may not live up to the gusto of his philandering persona, but when it comes to crafting beautiful shimmering melodies Monster Bobby doesn’t fail to perform.