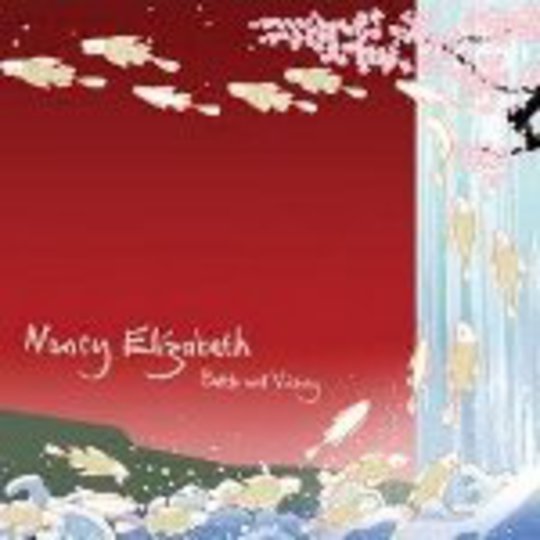 If I were Joanna Newsom I’d watch my back, because there’s a new harpist in town. Lancashire’s own Nancy Elizabeth makes her official entrance with debut Battle And Victory, with which she demonstrates her master musicianship dexterity by claiming all writing credits and playing most of the instrumental menagerie involved, which includes guitar, khim, Indian harmonium, Appalachian dulcimer, and bouzouki.

During the twinkling lightness of opener ‘I’m Like The Paper’, full of velvety and affixed cello arras among the sparking melodic lead of a prominent 22-string Celtic harp, Elizabeth softly laments of heartache. The song leads the way towards a whimsical but weighty thirteen fleets of melodic splendour. Speeding things up with ‘I Used To Try’, a celebratory song picture perfect for any campfire commune, Elizabeth achieves an every-person accessibility with a host of unfamiliar instruments, creating beautifully harmonic tapestries, one right after the other.

Reflecting on her childhood, Elizabeth says that she was musically obsessed very early on because to her, “music has always seemed more natural than talking”, and it’s rightfully said because when she sing-speaks her way through the album, her impassive delivery just sounds unnatural. The melodies speak for themselves and the instrumental directions are so convincingly crafted that vocals seem irrelevant and repetitive; some things are just better left unsaid. While virtuosic plays of instruments take flight, her mumbling whisper seems to just slow everything down. Although it’s accessibly unaffected and unpretentious, the juxtaposition of alluring instrumental pastures amid unemotional sighs makes her sound like every other female vocalist around and operating at the moment, which is exactly what aspiring musicians do not want, right?

Whilst demonstrating immense instrumental range as in the sea-weathered ‘Coriander’, Elizabeth seems to work best when her vocals are almost undetectable, as in the ghostly ‘The Remote Past’ or the breathy ‘Lung’. Even as Battle And Victory stands as a stunning instrumental achievement, it could do without the pesky whispers that seem to operate more like uninvited, interrupting conversations at the cinema than actual vocal arrangements. Looks like Newsom has got this one in the bag.