Boy With A Coin 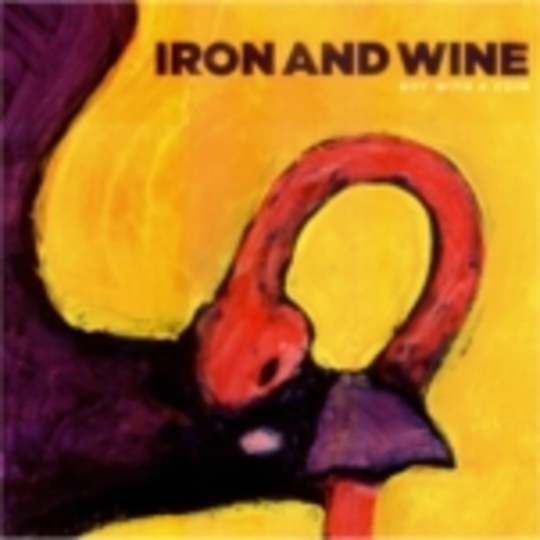 "Woah, look, it’s that guy who did that cover of that song by that band on that advert", is probably how most people think of Sam Beam’s Iron and Wine these days, after his version of 'Such Great Heights' found its way onto a TV advert for something highly forgettable, generally splitting audiences down the middle as it toed the line between beauty and total depression.

With new single-slash-EP Boy With A Coin, though, Beam camps his troops in the former territory, using a wide array of sounds to convey an atmosphere as relaxed as it is relaxing. Opener 'Carried Home' sets the scene; a tender, percussion-less mix of Beam’s soft vocals, lightly reminiscent of Neil Young and laced with high harmonies, alongside piano, double bass and mandolin amongst the rest of the gadgetry. Each stop and start individually – as one instrument drops out of the mix, another takes its place – to create a layering effect which avoids sounding complicated or heavy.

This oft-shifting texture serves as a neat prelude to the upbeat title track. Poised somewhere between the acoustic and the electronic, 'Boy With A Coin' is driven along by handclaps and gated snare alongside the acoustic guitars and the same soft harmonised vocals that serve as the centrepiece. Behind it lies the neatest of touches, as the bass provides an impressive but understated counterpoint to the guitars to brilliant effect, totally eclipsing the EP’s jaunty piano-led country ditty which serves as its closing statement.

A logical step in the right direction, slightly more mature and thicker of sound than before, 'Boy With A Coin' is arguably Beam’s finest work yet, both technically and aesthetically. If it’s representative of the forthcoming album - and if 'Carried Home' is an example of the kind of material deemed not worthy - that surely paints forthcoming third album The Shepherd’s Dog as one to watch out for as 2007 draws to a close.

Here's a live video of the title track...