Plaster Casts Of Everything 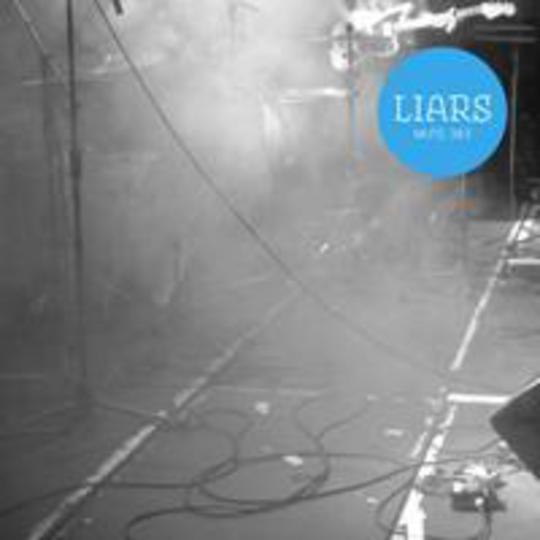 Her eyes surge into me like a hate-searing laser beam. I know from her indignant posture and vent-up fidgeting that this woman despises every second of what should be a prosaic bus journey. But she chose to sit here and, honestly, I’ve tried all I can to contain the noise. Yet resistance is utterly futile: Angus Andrew demands my eardrums burn to the blistering roar of Liars’ new single ‘Plaster Casts Of Everything’ and, judging by his piercing demonic shrill, he won’t back down willingly, tortured passenger or not.

Yeah, I have pangs of guilt – she’s probably just stepped on the bus after a leisurely stroll in the Botanic Gardens or having dropped off her screaming toddlers at nursery – but as the pneumatic riff escalates into a bestial aural assault, I hypnotically reach for my iPod. Something deep inside me says this needs to be sense-splitting, heart-juddering, skull-fucking loud.

And loud it is.

Hurtling like a nuclear torpedo from the dank caustic cavern that echoed to the tune of album three Drum’s Not Dead, Plaster Casts… evokes the mindless discord of album two They Were Wrong So We Drowned, only with a new-found melodic lilt. Yup, that’s right: these screeching proponents of hollering experimentation have suddenly decided to write a tune. Well, sort of.

The throbbing drum palpitations and spindling guitar witchery still writhe like a newly skinned carcass in a cage of flesh-depraved scavengers, but something dangerously close to a floor-thumping disco rhythm rears its head from the bowels of this ravenous beast. Not that it’s in any way a bad thing; the virulent sonic dirge smacks you round the face with exhilarating intent, commanding you flail and thrash to its shuddering tribal depravity before finally transcending into a brutal cacophony of wolverine howls and rasping guitar acceleration.

But for my long-suffering bus companion the pain is all too much and she surges to the exit before glowering back at me with the murderous intent of someone who’s been coaxed into the merciless pits of hell.

Then suddenly it clicks: she loved this just as much as me.