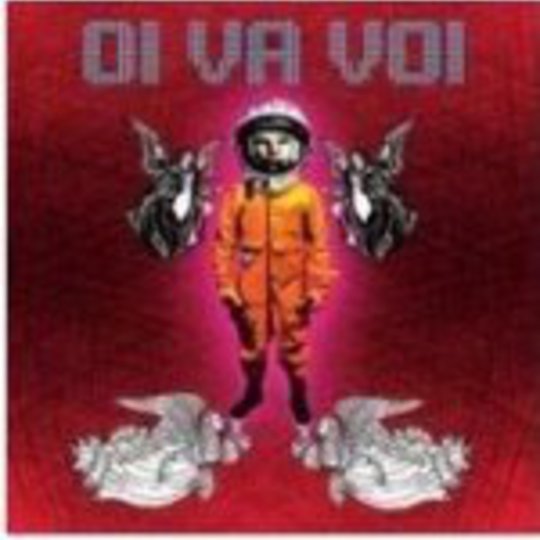 To say that the third album from London-based five-piece Oi Va Voi is a disappointing affair wouldn’t quite hit the nail on the head. Because, to be blunt, it’s an astoundingly bland, wearingly tedious long-player, with precious little to recommend it.

What’s so sad is that preliminary research had intimated that Oi Va Voi might be an exciting proposition, or at the very least an intriguing one. With press releases and internet sources suggesting a spirited and boundary-testing mix of Jewish klezmer music and electronica, things had seemed promising, yet opening track and lead-off single ‘Yuri’ (as in Yuri Gagarin) soon put things in perspective. It’s an upbeat, jaunty klezmer number – electronica conspicuous by its absence, unless you count the worst sub-Casio drum fills ever committed to tape – but, for such a potentially raucous, riotous genre, it’s criminally lukewarm and nauseatingly polite.

Trouble is, things go downhill from here. Of the seven other full-length songs on the album, five aim squarely for that portion of the so-called mature pop audience that finds suitably satisfying musical nourishment from the Didos of this world. It’s so bloodless and unappealing that some considerable wading through the mush is required to even begin to determine what the band is actually trying to achieve here. It seems they’re pitching for a mean and moody, atmospheric, vaguely melancholic take on popular song, but it’s watered down to such an extent that it’s actually extremely hard to tell. If this paragraph has in any way whetted your appetite – and if it has, erm, welcome to DiS – ‘Black Sheep’ is probably the best of this very bad bunch, as it’s the only number that even begins to threaten to capture the imagination. Alternatively, for a taster of quite how bad things get, seek out the six-minute (ouch!) ‘Further Deeper’. That the musicianship is so professional and faultless actually makes things even worse – it’s utterly, utterly charmless.

Perversely, by far the best moments on the record are its two tossed-away vignettes – ‘Nosim’’s genuinely atmospheric and moving 57 seconds’ worth of horns and acoustic guitar, and the poignant and reflective double bass and clarinet of closing skit ‘Spirit Of Bulgaria’. These are frustratingly fleeting glimpses of meritoriousness, suggesting that a re-assessment of musical priorities is very much in order.

“Oi Va Voi” is the Yiddish for “Oh, dear God” – and believe me, listening to this record, it’s an entirely appropriate sentiment.