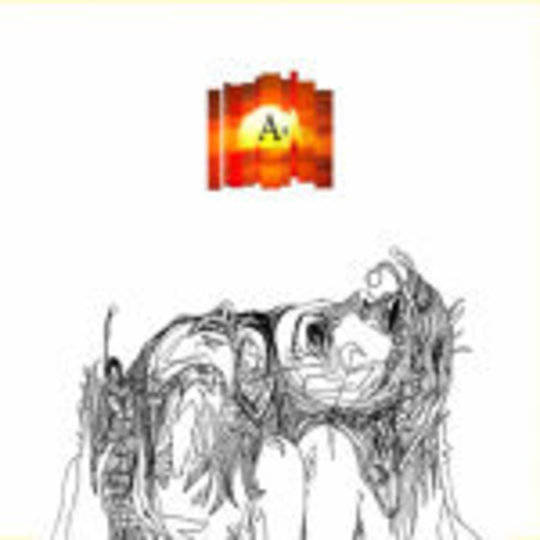 This band, they think they’re cavemen. They beat their drums like primitive humans – they clap, they thump, club, pound, bish bash and bosh. And they never stop. Thirty minutes into their first full-length, the tribal noise motifs which illustrate their ‘never-ending rhythm experiment’ are still looping over and over, receding every so often for moments of quiet electronic twinkles. Their chaotic living-room-bound live sets have convinced those that have been fortunate enough to see them that old can be new, and progression can be found in regression. Sounds silly, but on their debut LP gAame the band take their chaos out of New York and towards the rest of the world. Take note, because *Aa* manage to impress using an entirely rhythmic persuasion.

Aa (that’s Big A little a to you) make it quite clear that they’re not your typical New York art-rock types right from the opening minutes. They may follow a different code to everyone else, but they still rock. This is, essentially, rock music, albeit in an entirely different form. ‘Good Ship’ opens in rocking fashion with rolling drum patterns and distorted synths, before subsiding for heavy cymbal crashes. Elsewhere, record highlight (available on their MySpace, no less) ‘Thirteen’ features vocal snarls, tribal drums and jarring noises that recall a latter day Whitehouse. The record’s rhythmic guidance is by far the most conspicuous element, but therein lays other worthy ingredients. The awesome electronic aspect often brings to mind Black Dice, and the chants – which play a pretty major part, too – sound much like a nastier version of their counterparts Liars and pysch-rock poster-boys Animal Collective. The kinetic energy starts to wane as gAame nears its end, or rather the listener’s patience, as the band fails to expand on the paradigm of polyrhythmic motifs and weird electronics that form the record’s basis. If you take it in two halves though, gAame becomes much more palatable, meaning songs like ‘Thumper’ and ‘Horse Steak’ have the opportunity to shine through without sounding like the band are repeating themselves.

gAame will most definitely appeal to those who crave the percussive expansion evident on Liars’ Drum’s Not Dead. It doesn’t have much soul or any emotional resonance, but who cares: it’s as beguiling as it is impressive, and I for one am counting this amongst one of the finest art/noise/whatever albums that I’ve heard this year.

The Filth And Wonder Of