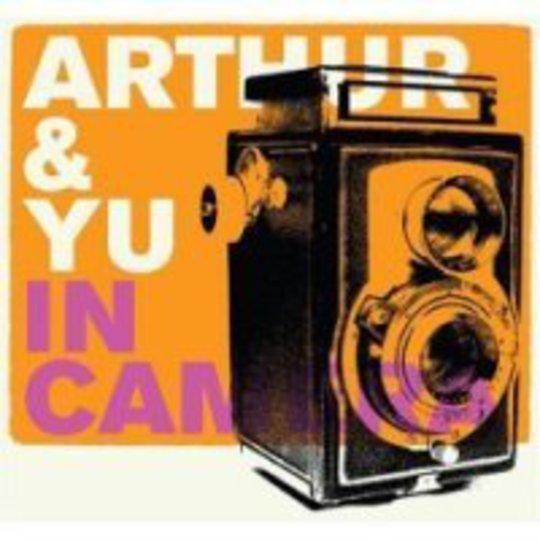 It would be wrong to say that Arthur & Yu's debut release is uninspired, but there would be grounds to suggest that it is somewhat uninspiring. In the same sort of Velvet Underground meets experimental post-stardom Monkees vein as Cardiff's The Loves, In Camera glorifies sounds of yore without ever actually thinking hard enough to try and better them. It's as if the 45-year-old inside them has convinced them that they may as well not try. It's easy enough to pootle along with a swagger and some underwritten songs, and that’s exactly what Arthur & Yu do.

Take '1000 Words'. What should be an expansive caterwauling climax of Wyatt-sized proportions fails to reach its potential, and to make the very most of Grant Olsen's beaten voice. Honestly, they could sound like Wolf Parade fronted by Richard Ashcroft (if you can imagine that), but it sounds instead like Richard Ashcroft trying to convince people that he has a record collection that Nick Hornby would be proud of. 'Half Years', again, begins with the promise of spiralling wonder, but leaves us with the aftertaste of a flourless cake. While they are occasionally whimsical and deft in their dynamic shifts, the overriding magnetising of their sound toward their influences is too distracting.

There's a strong argument to say that this kind of criticism is inappropriate because Arthur & Yu are all about fun and ditties and inconsequential songs about not a lot really, and that’s fine. But if you're after something a tiny bit more challenging than worn chord progressions and disappointingly unfinished structures, then you'd be wise to avoid In Camera. There's not that much wrong with it, but it makes one wonder exactly why, when given access to a rich back catalogue of the many artists who've plainly influenced them, Arthur & Yu choose to inflict so little of themselves on the finished product. This is a missed opportunity to stand up and move forward with popular music, and comes off as a backbench cry for how good things used to be before we all started caring about progression.