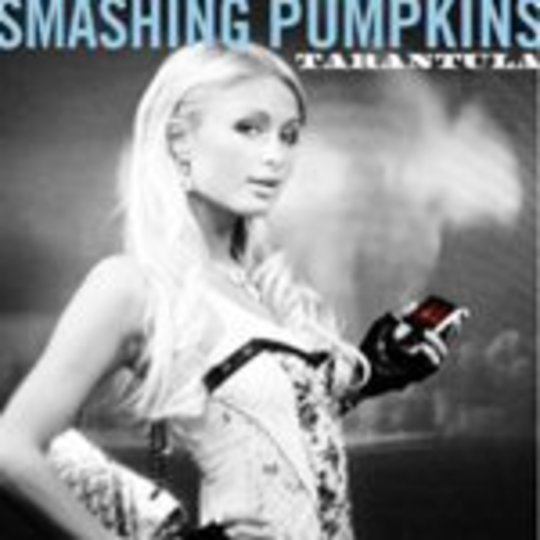 These really aren’t the circumstances under which Smashing Pumpkins should reform, with Billy Corgan’s bid for solo success having floundered, and Jimmy Chamberlin acting like Corgan’s lapdog, following him wherever he goes. And since this is really just those two, with Melissa Auf Der Maur and James Iha absenting themselves from the project, Smashing Pumpkins has now become just a brand name for Corgan to trade off and, he hopes, cash in on. What a dangerous gamble to take with such a rich heritage of music.

Even if this song was brilliant, it would still be better if Corgan had released it under a different guise. But no. The pseudonyms become clear: for electro-waffle, see his solo material; for a brief stint of happy music, see Zwan; for more boisterous, aggressive rock, see the Pumpkins. Fuck everyone else - these are his brand names to play with, and his alone.

‘Tarantula’ fits into the latter category, so in Corgan’s head it simply has to be a Smashing Pumpkins release - it’s feisty, guitarry, rock. The tone is instantly recognisable, packing the same urgency as earlier cuts like ‘Jellybelly’ or ‘Bodies’, distortion cranked up, vocals sitting back in the mix and taking second place to the rhythm section. So far, so good, but ‘Tarantula’ lacks the vitality and precision of a song like ‘Jellybelly’, with limited melody to drive it forward and an air of desperately trying to breathe new life into the past.

The vocals are trying too hard to sound like Pumpkins vocals, clumsily washed in reverb, and at the three-minute mark ‘Tarantula’ breaks down for ten gentle seconds that sound like an excerpt from Siamese Dream. Consequently, this is too much like a cobbled together montage of Smashing Pumpkins sounds to be exciting, and it only harms the brand. Once, that name stood for innovative, passionate rock music; now it’s in danger of representing an old, egotistical man’s inability to let go of his youth.

We can only hope and pray that the album’s better than this.