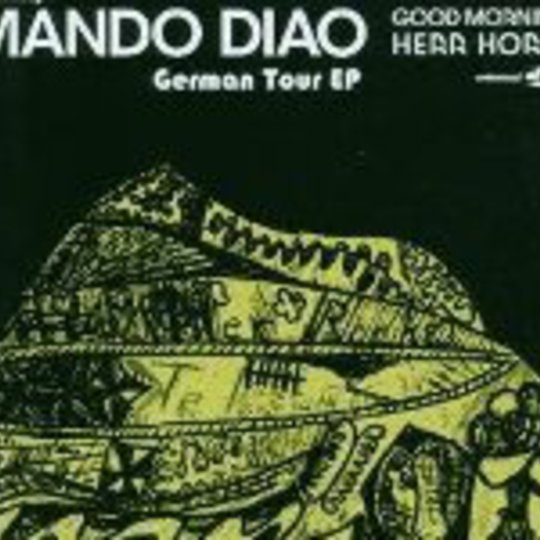 Word on the street is that Mando Diao’s latest single ‘Good Morning Herr Horst’ is inspired by a Stockholm tramp who hangs about the financial district and messes with the rich kids, whether or not that moulds a face-melting musical tour de force – you should be so lucky. Unfortunately, this single, taken from currently available album Ode to Ochrasy, is as run-of-the-mill as any. Like docile descendents of the NYC rock ‘n’ roll leather coat mafia, the talk is more stylish than the walk; it sounds like a cheap rip-off of a trend that died five years ago when rumours broke out that poster-children of cool, The Strokes, were more of a marketing ploy than a merit-worthy musical force.

An over-amplified discordant guitar line scurries the entrance of the prominent, tambourine-led beat that carries title track ‘Good Morning, Herr Horst’ along. Some swing, some swagger, a strange conversational interruption that sounds like a nicked old Western cinema sample that has been bizarrely misplaced… the track scampers along with little change whilst dulling the senses. ‘Carbon Place’ maintains the same communal, rustic rock sensibility with a watered-down la-la-la Lennon drawl, while ‘Spit on Your Love’ offers some variety with an eastern-inspired groove amid some smoky, puerile vocals not extending far from the hollow title. Guitarist/vocalist Gustaf Norén explains the magic behind the band’s inspiration: “It’s more interesting to find how a guy fucked up his life than how a guy got so successful.” Really, though, it’s just a bit annoying to hear a group of guys get so successful fucking up their musical life.