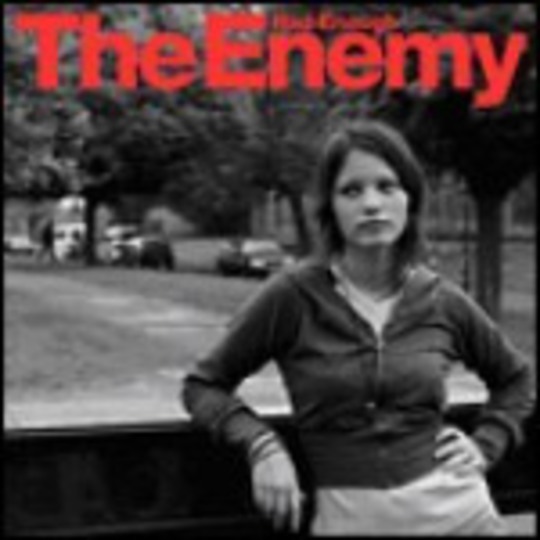 Is anyone else already bored by The Enemy? Their Jam-inspired tunes are full of pomp and show, rising to memorable, singalong choruses, and they look like they could take care of themselves in a pub scuffle. That’s all fine, all well and good, but it’s difficult to buy into. Everything is too neat and too polished - are they really street urchins, or are they made to look like street urchins? There isn’t enough bitterness in a song like ‘Had Enough’ to reassure you that it isn’t all a farce, because as much as Tom Clarke pouts into the microphone like Weller, the Warners production squeezes all the vitality out, and we’re left with a nicely parcelled radio hit. You can almost hear the click track keeping it all in time.

‘Had Enough’ is nothing more than solid, which is a shame because if you sped it up, and Tom was encouraged to spit out his aggression more violently, The Enemy would be able to rise above the lumpen-headed Hard-Fi and Kasabian mould. A harmless two-and-a-half minutes, then, but that’s the problem.