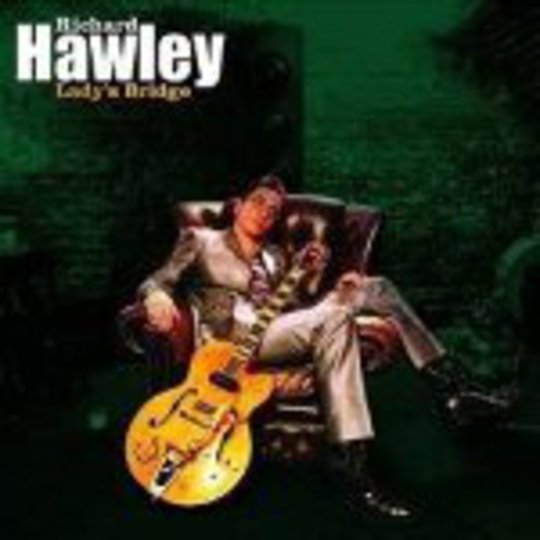 Richard Hawley's been called a lot of things - "the Elvis of the North", one of the more gushing plaudits - but a prophet? A cursory glance at the tracklisting of his latest long-player, which was finalised well before the recent flooding in his hometown of Sheffield, reveals three songs that make direct reference to water: 'Roll River Roll', 'The Sea Calls' and, of course, 'Lady's Bridge'.

Coincidence, or something more sinister? Almost certainly the former - its Mercury-nominated predecessor Coles Corner also featured a trio of nautically monikered songs, and this certainly isn't the first time the Steel City has suffered at the hands of the tides. It would have made a great story, though, wouldn't it?

Hawley's gone on record as saying he wasn't looking to "reinvent the wheel" with this release, and he's remained true to his word. If it ain't broke, as they say. No great departure, then, is no bad thing in this case and fans of his previous work will be right at home from the minute they slip the shiny disc into their stereo and_ 'Valentine'_’s strummed opening chords ring out.

Buoyed by the introduction of a 16-piece string orchestra for the chorus, it's a grandiose, widescreen ode to loves lost that succeeds effortlessly in tugging at the listener's heartstrings. An unqualified victory, then, according to 'Hawley's Law' that states a great song "should make you want to fight, shag, drink or cry".

Uptempo lead single 'Tonight The Streets Are Ours', with its female backing choir and Hawley's soothing croon, evokes images of a romanticised bygone era - like 'Coles Corner' before it, it's a track firmly rooted in a sense of timeless nostalgia. Interestingly, though, its subject matter is entirely contemporary - Hawley wrote the song in anger after watching a television documentary about Anti Social Behaviour Orders. Given the delicate beauty of the end result, it's an interesting juxtaposition.

'Serious' and 'I'm Looking For Someone To Find Me' see Hawley ploughing a similarly rocky furrow - anyone expecting an album of lushly orchestrated ballads might be surprised by the inclusion of these two, almost rockabilly, numbers. Either (or, indeed, both) could be future single contenders - with immediately arresting melodies and jaunty basslines, their radio potential is obvious.

If you're hankering after some of his more Sinatra or Cash type moments, Lady's Bridge won't disappoint there, either. 'Roll River Roll', 'Lady Solitude' and 'The Sun Refused To Shine' all showcase his tender side, offering glimpses of an old, forgotten world where the concept of Big Brother hadn't yet dawned on Orwell, let alone been bastardised as 'entertainment' for the masses. Even if you're too young to remember those days for yourself, if you've seen a film made before the advent of colour you'll have an idea of the mood he sets so effortlessly.

As a follow-up to a wonderful record in Coles Corner, then, Hawley's latest set more than holds up. It's arguably his most varied collection yet, and in 'Valentine', 'Serious' and 'Tonight The Streets Are Ours', Lady's Bridge contains some big, bold moments that ought to earn its maker yet more critical acclaim. Nobody was expecting a bad record, but a few people might be surprised by the exceptional pedigree of Richard Hawley's fifth full-length.