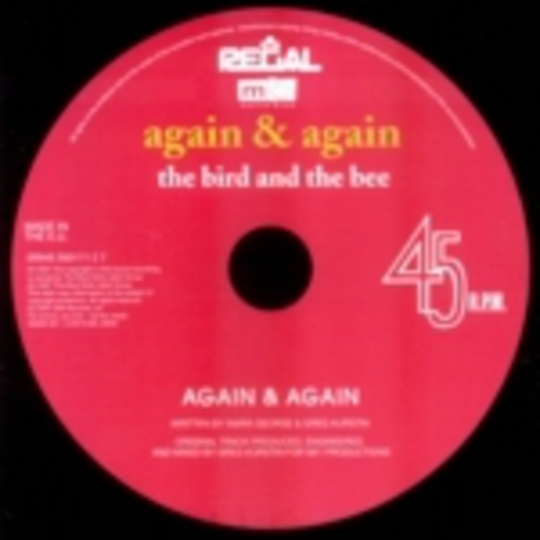 “I hate you / I want you / I hate you” runs one of the verses to The Bird and The Bee’s latest single, and its contradicting nature pretty much hits the nail on the head where ‘Again and Again’ is concerned.

Everything about the girl/boy pairing seems to clash to some extent. Quite apart from being nowhere near as cutesy as their adopted moniker initially suggests – and thankfully so – singer Inara George and producer Greg Kurstin can’t seem to settle on whether this second single from their self-titled debut album should be tender electronica or a straight-up, soul-less pop song. After opening with some lazy, soothingly-warm keyboards, ‘Again and Again’ soon switches to a rather cold, drum machine-aided approach with sharply-strummed acoustic guitars and abrupt handclaps sharing the main focus with the vocal line and some fuzzy bass-based distortion making an appearance to add some more warmth to the affair, albeit all too briefly.

There’s nothing much here to get excited about then, despite not being too offensive on the ears.