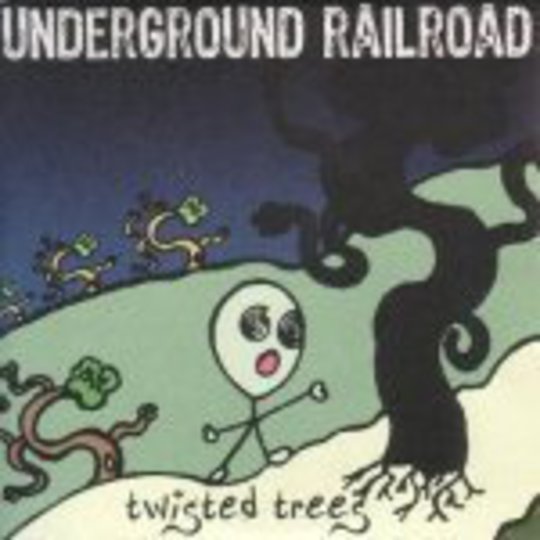 Jolly French three-piece Underground Railroads’ latest album Twisted Trees is a Hollywood epic of an art-punk album: it hits you hard, head on, with such velocity that it’s momentarily stunning. However, once you recover enough to take everything in, you begin to realise there is very little behind the hit. This is all style, no substance.

Not that the trio don't hit the right marks occasionally: 'Hollywood Whore' is a (relatively) slow-burning grinder that resonates quite closely to Sonic Youth's more visceral material before shrieking off into a Part Chimp/early Trail of Dead style wall of noise. Here, there is a method behind the madness.

But on other tracks, such as the Biffy Clyro gone no-wave opener 'Cookies And Milk' and the irritating nasal mess of 'Sweet', there is simply too much self-aware posturing and not enough invention. Sometimes it seems they are holding a well-shined mirror up to their predecessors rather than breaking down the walls and letting the blood flow.

Which is a shame, for there is an ocean of promise flowing through this album and an evident self-belief, as well as a dirty (grungy) rock spirit as potent as it has ever been. All Undeground Railroad need to do now is actually come off the tracks laid down by their peers.