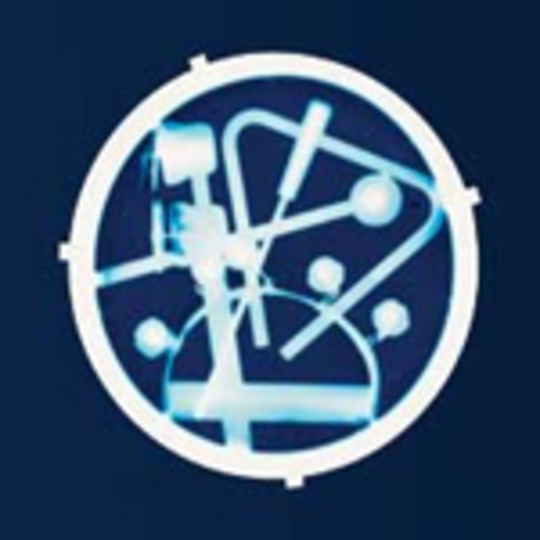 Timing, ironically for a band so disregarding of traditional song structures, hasn’t served Fridge well. Emerging to some acclaim, frighteningly, a full decade ago now, post-rock cousins like Mogwai drowned out the trio’s expansive meanderings, which were rendered almost too cerebral. Happiness, their most coherent and joyously effervescent record to date, snuck out in 2001 when, comparatively, nobody in the wider world truly gave two fucks about instrumental rock. And today, returning with two thirds of their number (Kieran ‘Four Tet’ Hebden and Adem) considerably better known solo than Fridge themselves, Battles have only gone and cleaned up, reducing all-comers to funk-less bores.

The latter reference is only too apparent in ‘Eyelids’, or The Sun’s peak of straight-forwardness, which jerkily lurches around, evolving yet repeating. It’s never quite able to clamber above feelings that several dozen watered down Shellac impersonators currently on the toilet circuit would equal it inside a band practice.

Where Fridge do excel, though, is when they accept that attempting to blow listeners clean away just doesn’t suit their song-writing abilities. They’re far better when creeping up silently and immersing you in a subtle where-did-that-come-from? hail of soft bullets, interspersed with occasional flashes of creaking Constellation ambience. Take the folky melancholia of ‘Our Place In This’ or the haunting hum of ‘Lost Time’, the former tugging at emotions like abandoned Sparklehorse interludes, both managing to evoke an image of gently depressed repressed instruments finally being given an outlet for their sadness. Or ‘Comets’, all reedy odd chords and tinkling melodies that remind how essential Four Tet once sounded before fairly reducing his formula to formulaic.

In truth, The Sun won’t be the hype-extracting second coming of Fridge. But it is infinitely more modestly spectacular than the majority would have dared hope.