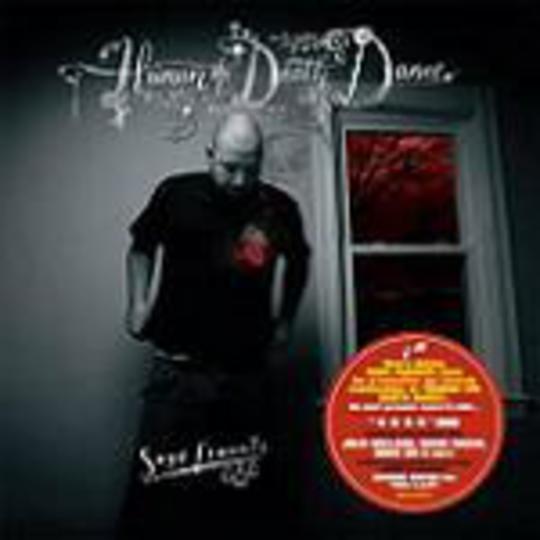 Florida-spawned rapper Sage Francis’ emergence in 2002, with his anticon debut ‘proper’ Personal Journals, sent shockwaves through both the punk-rock and hip-hop undergrounds: here was a voice that spanned genre boundaries, something entirely unique that shone brightly amongst stale scene-stealers and sound-alike copyists. Little else touched it throughout the year, with plaudits coming from across the English-speaking world – Pitchfork awarded it a dribbling-in-disbelief 8.7. Its follow-up, 2005’s A Healthy Distrust, took the insecurities of its predecessor – overlooking Non-Prophets’ Hope, of course – and dragged them kicking and screaming from out of the shadows that dominated Personal Journals. It was an album of confrontational confidence, rich in irony and lyrical twists; it was, and is, its maker’s finest moment.

Because, as much as this third long-player attempts to outshine the record that came before it, something doesn’t quite click. Human The Death Dance is a little too boastful, a little too obvious; the subtleties that made Francis’ previous offering so enjoyable and provided it with plenty of longevity have dissipated somewhat. There’s frankness and then there’s the stating what’s right in front of your face – nothing here holds any secrets back after only half a dozen or so listens. And Francis seems to really enjoy a decent brag these days.

Like A Healthy Distrust, Human The Death Dance features a number of guest contributors; where the former benefited from the talents of Will Oldham and Alias – and Saul Williams on the ‘Sea Lion’ 12” – though, this new platter suffocates rather under the weight of too many cooks threatening to tip the broth over the kitchen tiles. Jolie Holland’s southern squawking on ‘Got Up In The Morning’ isn’t nearly as effective as he at the helm obviously believes, and the spoken-word slots from Strange Famous-signed poet Buddy Wakefield, while clearly good, slice the album into a state approaching incoherency. It may have been better to restrict these snippets to bookends rather than integrate them into the album’s heart.

Standouts, of course, are present – Francis has never made a bad album, after all, it’s just that this one feels a little disjointed. ‘Civil Disobedience’ rides on an atmospheric piano line and a wealth of found-sound-style samples – street noises, sirens, et cetera. The vocals are strong and speedily delivered, with the precise meaning of the piece there for uncovering should the listener wish to pick through the various metaphors – is it about terrorism, or just a fella’s who’s tired of their day-to-day grind, or both? Politics, as expected, feature prominently: although it’s a filler interlude, ‘Broccolilude’ is a critique of a nation’s obsession with their premiere’s every move. The eerie-toned ‘Water Line’, meanwhile, is an utterly transparent criticism of the handling of matters in New Orleans following the destruction caused by hurricanes Katrina and Rita in 2005: “The water line is rising, and all we do is stand there”.

By the time ‘Going Back To Rehab’ closes proceedings, the tone of our protagonist has become noticeably distressed, suggesting that this has been a linear journey for Francis; as songs fade in and out and back into another, a trajectory appears to be maintained, even if it requires the occasional sidestep to successfully tread a pre-determined path (he needs “no sobriety test to walk the line”). From the listener’s perspective it’s unlikely that Human The Death Dance will be experienced from A to Z every time, unlike most returns to A Healthy Distrust, but there’s enough quality housed within these oddly inconsistent structures to suggest that this Sage isn’t for quitting anytime soon.

The opening to Personal Journals featured a sample stating, “To all those people who said I wouldn’t last, don’t make me laugh, don’t make me laugh”. Francis isn’t just lasting, but evidently growing, too. This may, in a year or two, be looked back upon as an album slightly blunted by growing pains once solo record four reinstalls any failing faith in one of hip-hop’s few truly singularly-minded artists. He’ll make his world a better place whatever the commercial cost, of that there is no doubt.