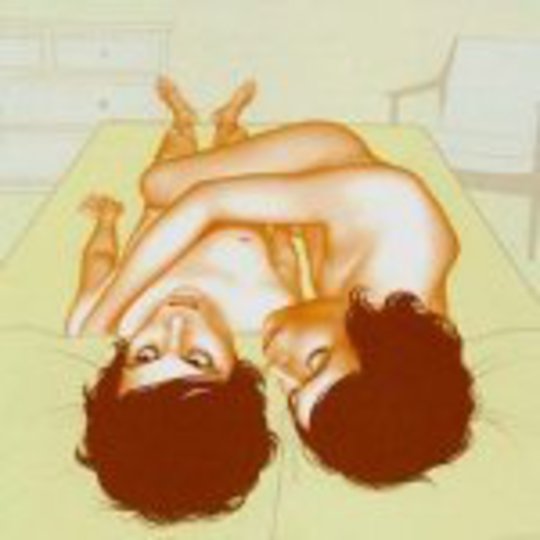 Whether or not it officially qualifies as a 'concept album', Safe As Houses, by Washington State's Parenthetical Girls, has an unusually strong thread of subject matter running through it. From the twinkling-chime introduction of opener 'Love Connection II', the cryptic, conflicted lyrical content is overwhelmingly engaging; Safe As Houses is an album full of vivid, visceral, emotional tales about sex, labour, blood, death and (maybe) even some glimmering glimpses of love.

Certainly, these songs contain some searingly honest accounts of conception, pregnancy and childbirth. Nothing here is obvious or overstated, everything instead subtle, poetic, suggestive and open to interpretation - whether it be the oblique, half-light sex story (told from alternating male/female perspectives) of ‘Love Connection Pt. II', or the harrowing tocophobic tale of an unwanted pregnancy, 'I Was a Dancer'.

_"Soiled, my jeans lie in heaps beneath me

blood mars the sheets and they stain so easily

swollen wrists, knees, and you swelled inside me

and it took nine months to destroy my body..."_

The fact that these songs are written and sung by male vocalist Zak Pennington only makes them more intriguing. The music coils around his mannered, feminine voice, hazy, reverbed brass and woodwind, shimmering Phil Spector textures and creepy, embracing, menstrual warmth.

Safe As Houses (recently made available in the UK via eMusic) is a beautiful, rare oddity of a record - musically creative, lyrically challenging, conceptually together and emotionally complex. And in these throwaway times, not enough bands manage one of those feats, never mind all four.