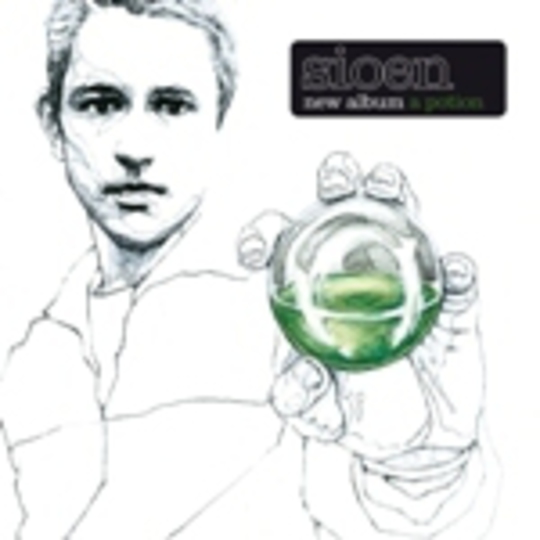 For whatever reason, a lot of what is popular or interesting music wise in various continental European regions never makes it to the UK, despite some of it bettering the notes being made on this small island. Sioen is such an example.

Frederick Sioen, a Flemish songwriter who sings in English, has not garnered anywhere near the acclaim here that he has received at home. The guy and his band are on a major label in Belgium, but remain an anomaly in the UK. His sophomore effort, the melancholic and gorgeous A Potion, will hopefully change that; it should, at least, make some sort of a noticeable crack on the windshield that often blocks Britain from the rest of Europe, musically.

Sioen – the man, not the band - is primarily a piano player, and A Potion will resonate with lovers of melodramatic, orchestral piano pop akin to Rufus Wainwright, Ed Harcourt and the like. The emphasis here is on the singer and his piano, and the arrangements, however complex, are deliberately restrained throughout the listen. Yet, this is what beautifies the listen and elevates it among much of the standard singer-songwriter fare encrusting the shelves of high street shops. Due to its release on a major this record is polished, heavily polished, but all this harmonic embossing suites Sioen’s voice; his croon is responsive, but not overly demanding. He never drowns himself in melancholia, but often bathes in its murkiness. In ‘I Need A Drug’, for example, Sioen mixes caustic lyricism with minor-toned diminishing violin jabs that are downright sad, but utterly enjoyable in how sad they are. Like any worthwhile to listen to songwriter, Sioen is drowning in self-pity and personal hopelessness, and searches for buoyancy by writing somber, angry music to somber, angry lyrics. ‘Suicide Sunset’, a song that votes yes to jumping off a cliff is such a triumphant example, as is the minimalist, piano-driven, Police-inspired ‘So Lonely’ (not a cover, however: this one is original). Furthermore, the rag-tag closer, ‘I’ll Play a Song For You’ combines self-deprecation and calls for getting leathered with orchestral, circus-like instrumentation, providing a perfect metaphor to cap off an impressive listen. When nothing is right, might as well turn a few beers into a drunken circus. Smart methodology.

Plus, the more I listen, the deeper and darker it gets, especially in his lyricism, an impressive feat for a man singing his sorrows in a second language. Furthermore, Sioen has a razor-sharp wit and is sly, sarcastic and cynical, as each song is sung as if he’s wryly smiling whilst belting each note, all the while fully knowing that he should be. The result is a glorious set of songs; twelve incisive tracks that make you smile about all those nasty bits that are in fact utterly depressing. The separation of government and religion is a joke, suicide remains a respectable option for those tired of breathing, alcohol is the cause of and solution to all of life’s problems and people are growing stupider by the minute. Unfortunately, this is life, but one can still laugh about it, and a good tablespoon of the potion Sioen is concocting, while no anti-depressant, will smooth the jaded humour along.