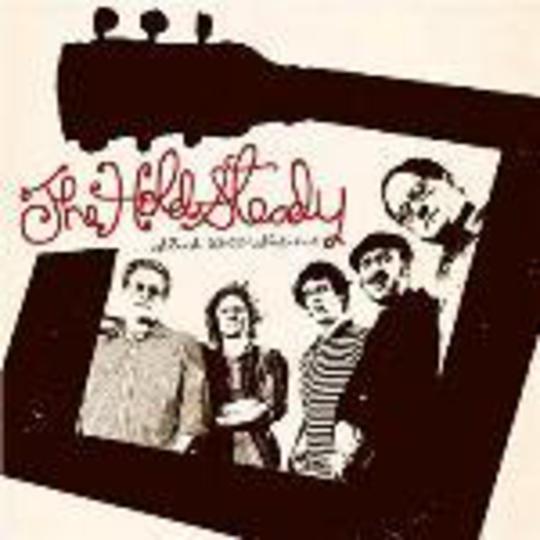 A little earlier this year, The Hold Steady got above their station and became the most-acclaimed rock act from Over There to land Over Here since the last blew in on the wind and fucked off as fast as they arrived band from the Land of the Free to set domestic indie-boy journalistic pulses racing like a one-to-one with a Chan Marshall look-alike after a bottle or two of Jim Beam. The Why: the band sounded a lot like Bruce Springsteen. The Why: still confuses the fuck out of me.

The Hold Steady ain’t a bad band. They play piano-aided indie, ideally suited to the backroom of a bar in downtown NYC, perfectly well, and vocalist Craig Finn knows his way around a turn of phrase or five, but they’re a compositional echo of successes past, really not so relevant in a contemporary scene that has a Springsteen already. They’re intentionally restrictive in their arrangements, rarely reaching a climax or flourish here, and possess all the creative juices of Cher, post-Millennium model. ‘Stuck Between Stations’ makes sense as a title: this band haven’t particularly progressed for years.

Which, ultimately, makes their workmanlike rock for the weaker-than classes fairly redundant. A waste of time, no, but worthy of rushing outside and hollering in the streets about? Absolutely not. While Springsteen danced his way in and out of the dark, it seems The Hold Steady are destined to return to it just as speedily as their profile rocketed skyward but months ago. Obscurity beckons once more, methinks.

My Moon My Man