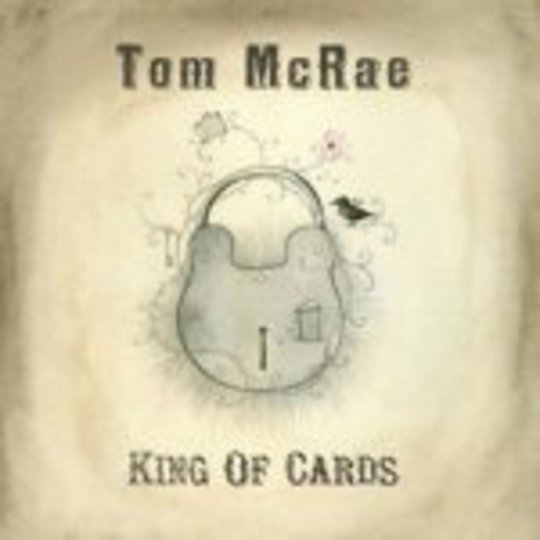 Here’s a weak journalistic analysis for you: _“Tom McRae’s fourth album is depressing.” _

That tends to be your Average Joe’s reaction when they hear Tom McRae for the first time - he’s downbeat, he’s miserable, he’s depressing. Of course, that’s a ridiculous, limiting description of one of the UK’s most engaging singer-songwriters; a description given by an ignoramus. But here’s the thing - McRae’s latest record really is depressing, just not for the obvious reasons.

Before King Of Cards, it felt like he had a secret; a deep well of hidden wisdom that he tapped into occasionally but never fully revealed. He was intriguing, beguiling - a tease. The voice was crisp and haunting, like a child singing from the darkness, and his poetry was by turns bleak, sardonic and witty.

What makes King Of Cards so depressing is that maybe there is no secret; maybe there is no well. Maybe McRae’s teasing - suggesting that one day very soon he was going to write the album that would change your life forever - maybe it was a just a mask.

The evidence to back up this concern is so ingrained in the very fabric of King Of Cards as to be almost impossible to pin down. Quite simply, the voice doesn’t sparkle, the mix is too smudgy, the lyrics are tired, the melodies are repetitive, the ingenuity is absent. It’s like McRae has run out of ideas.

He’s clearly trying to do things differently - this is, after all, a more upbeat album than its predecessors - but that’s the problem: the act of trying is too obvious. McRae’s mumbled intro to ‘Keep Your Picture Clear’; the Houdini analogy in ‘Houdini And The Girl’; the opening line to ‘Deliver Me’ of “So Mr Heartbreak, you’re back” - it’s just too much, as though he’s scraping the barrel, struggling for inspiration and a new vision.

There are still songs that work, and work well: single ‘Bright Lights’; the free-wheeling ‘Sound Of The City’; the sumptuous pop of ‘One Mississippi’; album closer ‘Lord, How Long?’; and the outro of ‘Keep Your Picture Clear’, when it powers into life and McRae steps back from the microphone and howls. But despite these moments, this is his most forgettable, disposable album to date. Yes, it’s depressing.