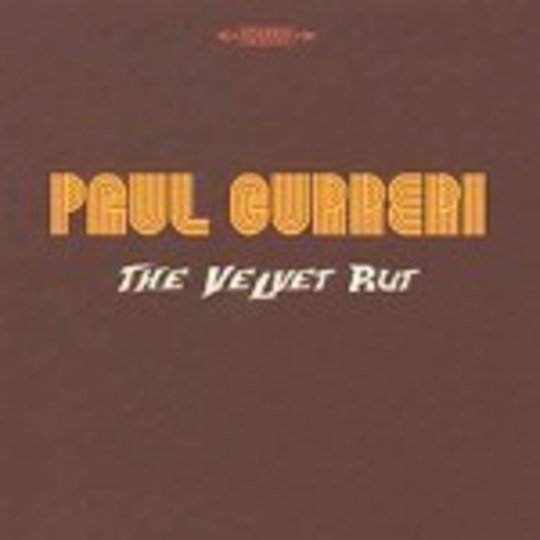 A possibly wise and probably dead man once said: “Originality is so boring and safe”. It would appear that Paul Curreri has taken that to heart. Of course this isn’t exactly a bad thing per se, because you’d be hard pushed to find any artist who hasn’t thought twice about lifting, say, a melody or two from The Kinks. Hell, Damon Albarn’s made a vast amount of money doing it.

The Velvet Rut manages to stay the right side of derivative, even though it wears its influences on its sleeve – a bit of Leonard Cohen here, a touch of Ryan Adams’ country-led Americana, an air of Devendra Banhart’s storytelling, even a dab of Tom Waits’ feral growl for good measure. Opener ‘Mantra’ is all darkness and thick shadow, full of menace and an unsettling sense of danger that never quite materialises, instead slowly dissipating without a money shot. It seems as if Curreri’s trying his best to write something challenging and overly meaningful but when his efforts aren’t quite so obvious, the results are far better.

‘Why I Turned My Light Off’ is the best song here by a country mile, a charmingly rustic melody that, even though the lyrics look scatty on the page (“Overheard at the laundry: It’s sad, but my cat killed my dog”), somehow manages to be a tender lament to… something. It doesn’t make a great deal of sense, but that’s the strange appeal. A series of instrumentals string The Velvet Rut together that are confident and bold enough to stand out as some of the best music on the whole album – ‘Don’t Drink’ is a playful little blues exercise and ‘Intermission For Beer’ is jaunty enough to make you chew some hay and put on some spurs – and mark the moments where Curreri stops trying to put himself in a particular box and just writes some good music.

As good as ‘The Wasp’ and ‘Keep Your Master’s Voice In Your Mouth’ are, the fact that they call to mind Banhart and Adams almost immediately count against them. It’s not derivative, but the music is so familiar already that it becomes hard to enjoy on anything more than a cosmetic level. But, confusingly, it is extremely pleasant to listen to, as long as you don’t analyse it too much. ‘Freestyin’ Cross The Pond’ is almost nine minutes long, a meandering epic that finally represents Curreri striking out and doing something that isn’t in the alt-country textbook.

The Velvet Rut could have been slimmed down to a tight, economic EP that would have been a far more potent weapon to demonstrate its maker’s talents. As it stands, there’s too much cross-fertilisation of influences, but it’s a testament to Curreri’s abilities with a blues scale or a country chord progression that this isn’t utterly forgettable. It’s quite good, but it could have been very good.

I'll Always Be Within You When There's No One Left Inside