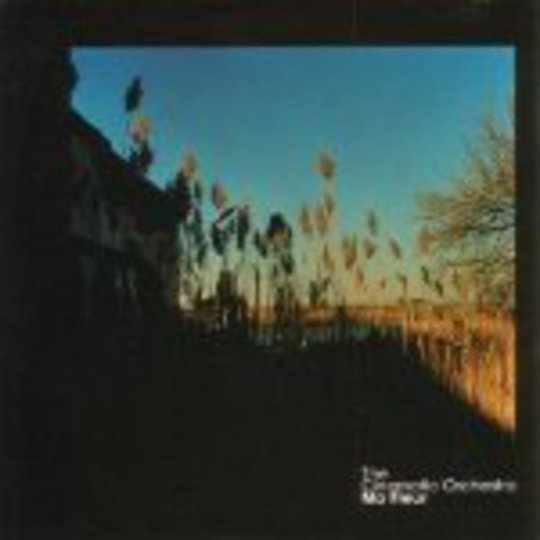 Film Noir is a beautiful artistic medium. Very few movies, especially modern Hollywood movies, come close to seeping out such a range of emotions than Film Noir did. For anyone in doubt, seek out Laura from 1944 and compare it, as a methodical, intellectual thriller, to modern flicks. The similarities in mood, tone and raison d’etre are there, but Laura is much darker and clandestine in its underpinnings, like a solitary louse slowly developing a method of pouncing compared to a whole army engaged in guerilla attacks. Laura and others of the time fucked with you; they were meticulously clever, and while clever movies are made now, this was a different kind of clever; one satiated in suspense, confusion and jazz.

Musically, The Cinematic Orchestra mirrors the symbolism of Laura. Earlier projects like Motion were slow-moving masterpieces, never quick to give away the plot in an effort to confuse, enthrall and perplex. In Ma Fleur, chief Cinematic Jason Swinscoe quelled inspiration from Paris and its Film Noir history, as well as its laid-back, electro-tinged café culture. While Ma Fleur is no better than The Cinematic Orchestra’s previous scores, it is equally gorgeous in how it responds to and ekes out intellectual quagmires of song. Other than a few sparse moments that flicker in and out of the soundscape to further the plot, Ma Fleur is a restrained affair, one built on suspense, not release. Rarely does the melody climax; it reveals very little, offering up only questions in black and white to ponder and figure out independently.

The opening track and best song on the collection, ‘To Build a Home’, features the bellowing, haunting croon of Patrick Watson. He begins this cinematic trip to everywhere by yelping about building a home for himself and his lover in order to quell some sort of introspective chasm. Yet, as the collection continues, the chasm is never revealed, as the orchestrations flick and flutter through iridescent electronics, subtle symphonic undertones and smooth jazz, but nothing concrete or foundational. Therefore, the home Watson speaks of remains metaphorical, a resting place buried deep within somewhere, much like the symbolism often crammed into the greats of Film Noir. The exercise continues with the frail, Motown-inspired ‘Familiar Ground’ and the brooding, atmospheric ‘As The Stars Fail’. Through guest vocalists, Watson contributes on four tracks and a female on two, a series of preludes, starts and stops and mood magnifiers, Ma Fleur comes into form at a snail’s pace, slowly and patiently. Yet, whatever blossoms from these quiescent tones is always blurred, careful to never give away too much in an effort to add mystery, sexiness and sensuality to the overall product. And, like the rest of the Cinematic canon, it works like a twisted charm. Never is this whole revealed, like a gorgeous woman standing behind glossed glass, but the silhouette, the mystery, what is truly important, remains.

There are differences, however from early Film Noir. In Laura, for example, the climax comes and goes, albeit in the last minute or two of the movie, while Ma Fleur evades such acme, ending instead with four sleepier tracks, including the eight-minute gem ‘Time and Space’. On the closer, both time and space are deemed irrelevant; what is left is a rupture, a lack of plot, an intrinsic confusion, one that ties together some sort of point if there is one on Ma Fleur. The point, to the best of comprehension, is this: whatever is there is placed specifically and immaculately, but rarely is the listener actually told why. It does not matter whodunit. What matters is the chase, the uncertainty, the grey, the tease.