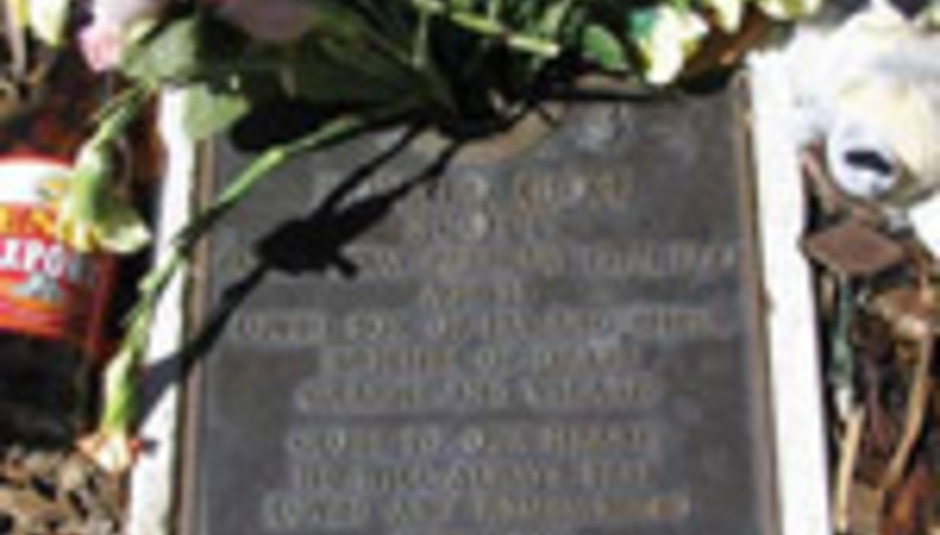 Theage.com.au says that the plaque - from the National Trust of Australia - went missing from Fremantle Cemetary over the weekend. Scott would have been 60 years old yesterday.

"It's very disappointing, particularly at this very special time of the year," said Doug Thorncroft, head of a Bon Scott fanclub. "Some insignificant individual has decided to sabotage it, and steal this plaque. They're possibly sitting at home now feeling terrible, which I hope they are."

The grave is, quite obviously, a popular tourist haunt. Scott emigrated to Perth, Australia from Scotland when he was six, and joined AC/DC in 1974. He died in London in 1980, at the age of 33.