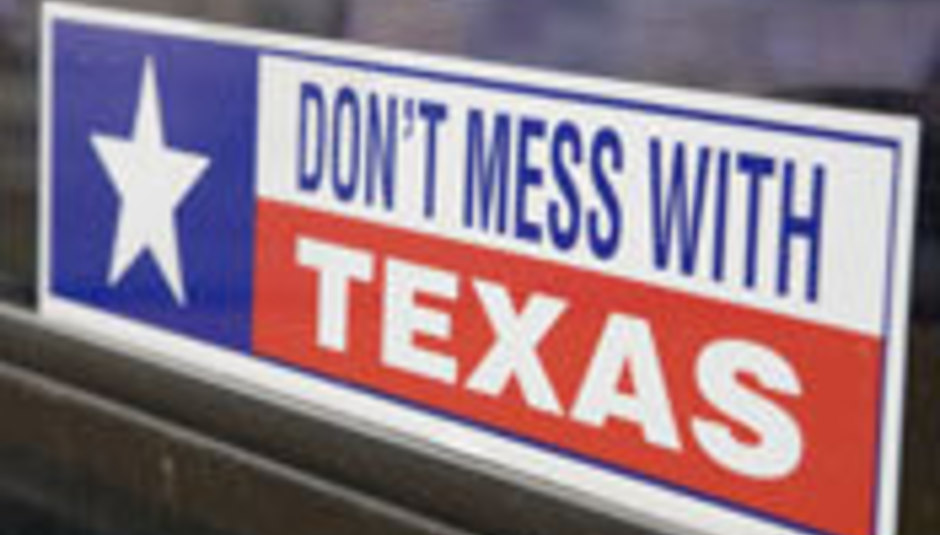 A shoe? Who throws a shoe?

Never-at-it-to-be-past-it pop-rockers Texas halted their Hyde Park Calling set on Saturday evening after their singer was struck by a spectator's shoe.

Sharleen Spiteri threatened to walk offstage immediately after the incident, and reportedly pointed to the offender, who was no doubt scared shitless by a wee Scottish ladyboy. The band - famous for hits such as, um, stuff - were playing on a bill topped by Roger Water's run through of Pink Floyd's Dark Side Of The Moon.

Spiteri regained her composure swiftly, though, and the set was resumed. No further shoes were tossed stage-wards. A witness wasn't heard to say "Jeepers".

And yes, that headline is an Austin Powers reference, for which I make no apology at 5.25 on a day that's been hotter than the inside of Beelzebub's own balti oven. I have sweat in places I didn't even know existed...