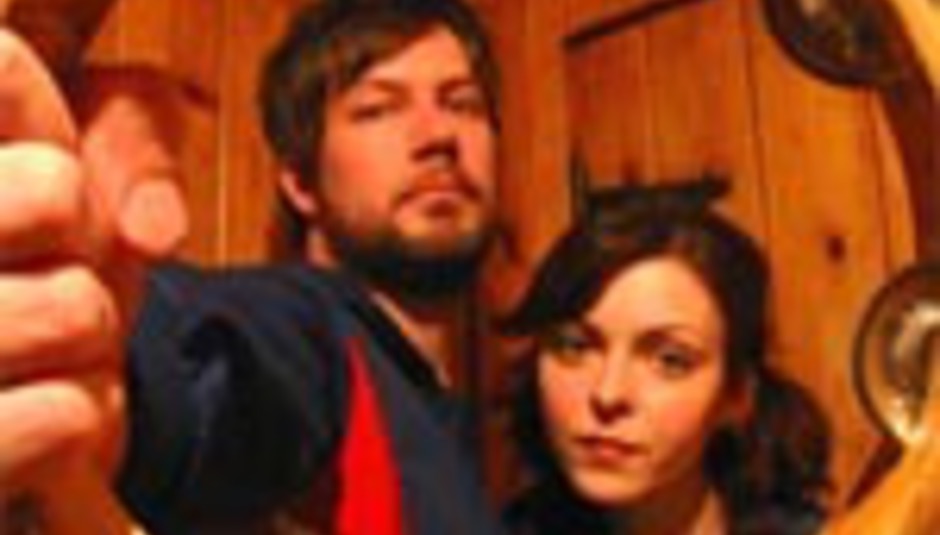 Perhaps you've heard of Viva Voce? Chances are that even if the answer's no, you actually have heard them at least, as one of their songs is doing the rounds on a television advertisement right now. Don't ask me which one though, okay... probably for phones or summin.

ANYWAY, the Portland-based indie-pop duo are in the UK kinda NOW for a series of gigs, including a couple of support slots with Death Cab For Cutie and a gig at the Wireless Festival, London, this Sunday. But we don't care 'bout them oh heck no... what we've got for you, via the band's label Full Time Hobby, are some tickets for the band's headline dates.

The why is 'cause there's a new album a'brewing, Get Yr Blood Sucked Out, released on August 21. A single precedes it, 'From The Devil Himself', on July 24. A new song, 'We Do Not Fuck Around', is currently available to download from the label's website.

To win a couple of tickets to the gig of your choice (from those listed above), just do as instructed below.

E-mail info@fulltimehobby.co.uk with the subject "I Want To Get My Blood Sucked Out" and specify which gig you wish to go to. It really is that simple.