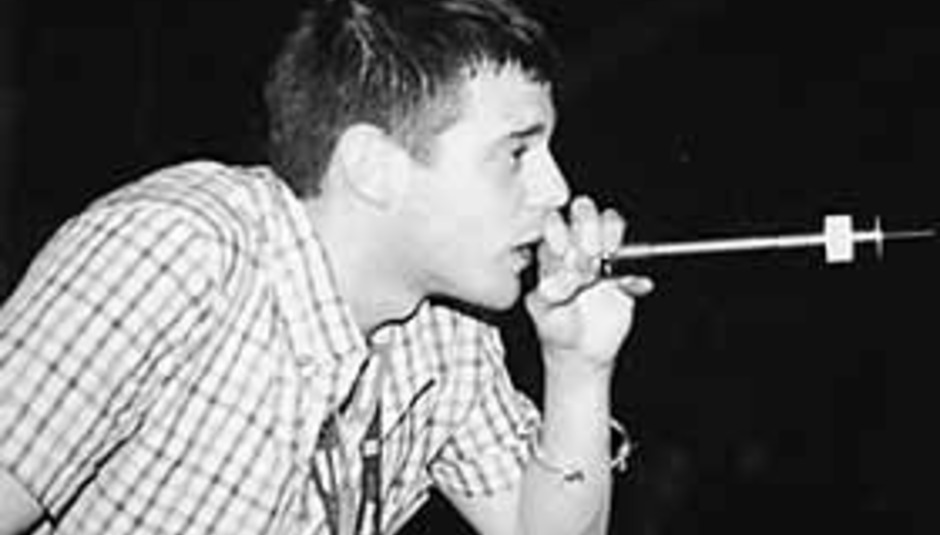 by Anthony Gibbons March 21st, 2004
The Streets have unveiled the new video for their forthcoming single ‘Fit But You Know It’, taken from new album ‘A Grand Don’t Come For Free’.

In the video, which fans can see on the-streets.co.uk frontman Mike Skinner picks up holiday snaps from his local newsagent and reminisces about his trip. He and his friends, including Calvin Bailey, who provides vocals for the single, are seen holidaying on the island, drinking, eating kebabs, lounging on the beach and eyeing up topless girls. Fans won’t get to see any nipples or naughty bits, or hear any swear words because The Streets record label, Warners, have censored the video. The bastards.

Writing on the website, Skinner says of the video, "We made it in Gran Caneria in January coz we needed somewhere to look like summer. I nearly broke my back falling into a pool along the way but on the whole having a holiday in the sun in January is a top buzz!"

Whether fans will get a buzz from ‘Fit But You Know It’ remains to be seen. The chorus goes "I’m not trying to pull you even though I would like to/ I think you are really fit/ You’re fit but my gosh don’t you know it." Musically, this correspondent reckons it could be the world’s first pub rock/ hip hop crossover track but his Mum thinks it sounds like Chas ‘n’ Dave!

The Streets will be heading out on tour in support of the album. The dates are:

DiScuss: Are you a Streets fan? Seen the video yet? Does 'Fit...' really sound like pub rock hip hop or indeed Chas 'n' Dave?!