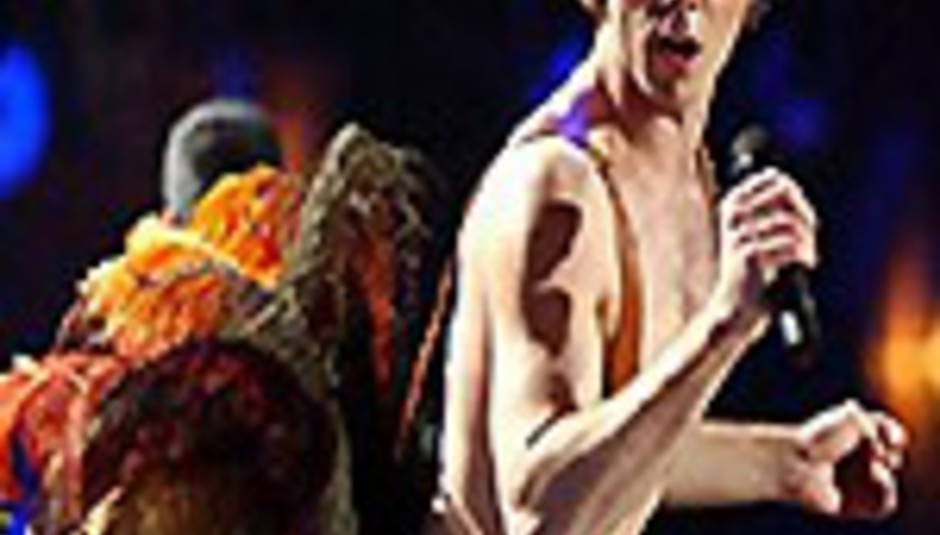 Strangely popular retro-disco-dancin' ensemble Scissor Sisters - like The Village People with more feathers and a couple of tits, really - have announced that their second album is to be called Ta-Dah.

The follow-up to the band's hugely successful self-titled debut, bought by every 30-something mum that ever wandered into a Tesco Metro, will be released in the UK on September 18 (US readers will have to wait 'til the 26th). A single, 'I Don't Feel Like Dancin'', will precede the long-player on September 4. It features a guest turn from Elton John, no less.

Billboard.com has reported that the following songs will make the cut for the album:

And the single, presumably. One choice rumour doing the pre-release rounds is that the band have worked with Bryan Ferry on the new album, which makes us slightly more excited than that time we saw a green London bus.