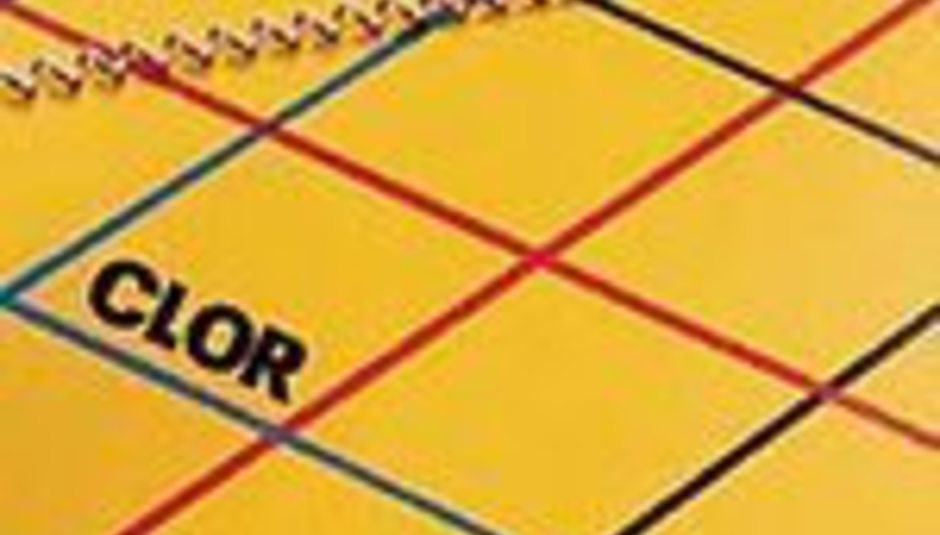 The band's manager, John Best, confirmed the band's split via a lengthy statement, parts of which are reprinted below.

"Clor, a band for whom musical differences surely seemed to be the whole point, have nonetheless succumbed to this hoariest of rock'n'roll fates and decided not to be a pop group anymore.

"Formed by dual/duel guitarists Barry Dobbin and Luke Smith a couple of years back, Clor were signed to Regal/Parlophone on the strength of the demos for what would become their debut EP, 'Welcome Music Lovers'.

"Their self-titled, self-produced debut album (pictured) was met with a mixture of plaudits and bemusement when it emerged last summer, but, as people got acclimatised to its strange new energy, became a strong cult classic, particularly among fellow musicians, and spawned the spazzy dancing freak hit-let, 'Love and Pain'.

"It is poignant that, as they split, Clor's star is arguably at its zenith, with Clor about to be released in America and their future work eagerly anticipated by anyone with a keen interest in new music.

"At the time of writing the future career paths of (founders) Barry Dobbin and Luke Smith are unclear, though both are likely to continue making music along their divergent routes."