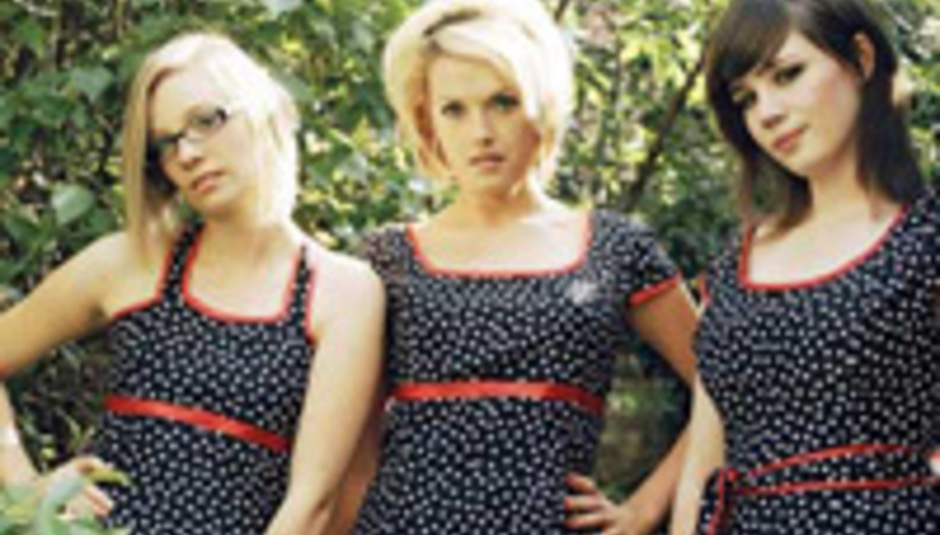 South coast purveyors of all things polka-dotted, The Pipettes, will release their debut album this July.

Becki (grrr), Rose and Gwenno will let loose the 14-track We Are The Pipettes on July 17th, through Memphis Industries. Included are the singles 'Your Kisses Are Wasted On Me' and 'Dirty Mind'. That 'ABC' song from a long out-of-print seven-inch is included, too, which is good cos it's TOP.

The band's next single, 'Pull Shapes', precedes the album on June 3rd.

Here's them songs in the order in which they, um, run...

The Pipettes play a bundle of dates pretty soon, appearing at the Great Escape event in Brighton on May 19th and at the Dot 2 Dot Festival in Nottingham on May 29th. They then head out on a July tour, around the time of the album's release, which looks like this...