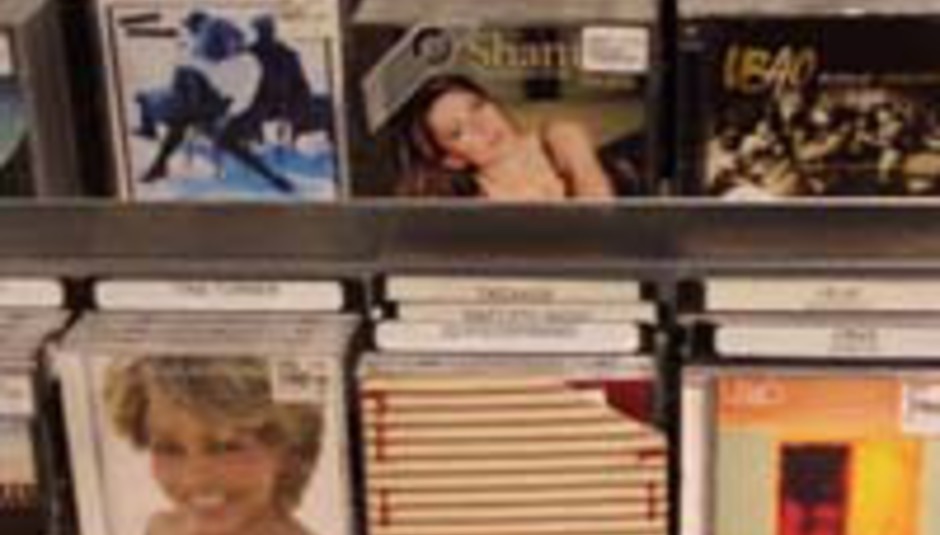 twentysixfeet take distribution into their own hands

London-based purveyors of slightly skewed post-punk-rock-stuff, twentysixfeet, went on a distribution rampage t'other day, slotting copies of their debut album into the racks of a number of central London record stores.

Two Hours Of Passionless Tango can now be found at the Oxford Circus HMV, and a few other large chain store outlets. (Look! There it is, beside Tina!) The band documented their mission, taking snapshots along the way. Some of these can be viewed here, at the CMU website.

The band had the following to say about their crafty method of gaining a little extra press for the record:

"Our Two Hours Of Passionless Tango CD is in most music shops in the W1 area, but if you ask them, they will tell you they DON'T stock it: "Errr..its not on our system. We don't have it". But it's there. Go in, and try to buy it - we think this should ensure some chaos at the tills. What will they do - give it to you? Try and sell it to you even though they shouldn't, as it's not released yet and they have no clue about it anyway? Our moneys on you'll get it for free. But anyways, will be a laugh watching the confused shop assistant probably go and get the manager, who in turn will be equally confused. Go and do it. Let us know what happens. There are five in the Oxford Circus HMV, in the rock and pop section, under T. We might even go for Woolworths next."

We say: bravo! Look out for an album review as and when one's done. (DiS saw the band at The Water Rats a few weeks ago and was mightily impressed.)