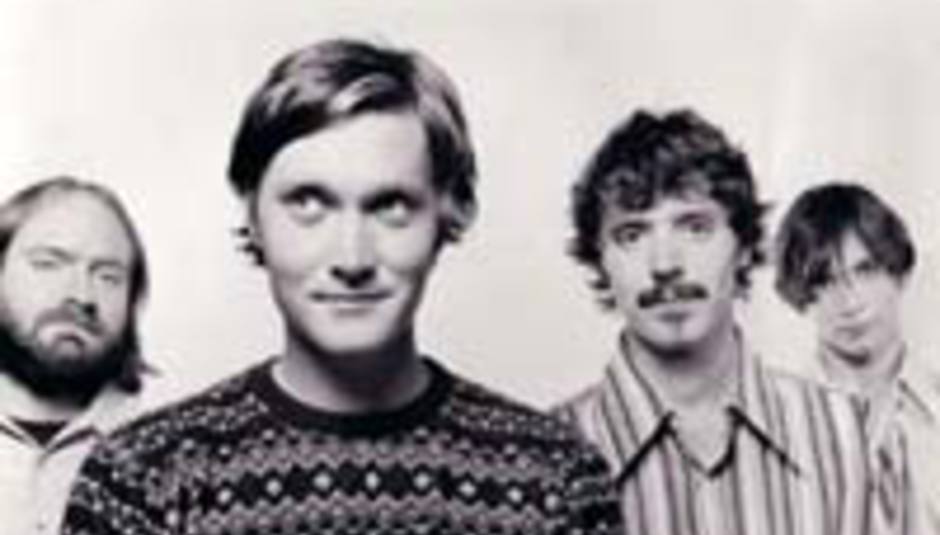 US indie outfit The Features have parted company with Universal after the four-piece refused to record a cover song for a television commercial.

Currently still at work on album number two, the band have stated that they're in label limbo. The following is taken from their website's blog section:

“Earlier this week our record label offered us a chance to record a cover song for a large corporation to be used in a commercial. In addition to using the song in the commercial they wanted us to put it on our record and potentially use it as a single.

“We turned down the offer... and our record label dropped us. Needless to say, this came at a bad time since we were a week away from recording our next record.

“At the moment we are weighing all of our options and still plan on recording next month. We will release another record, we just are not sure with what record label.”

In related news, Franz Ferdinand have also said no to allowing their music to be used on a commercial.

The Scots were approached to endorse an unspecified product in the States, reported Scotland On Sunday. The ad in question was, if singer Alex Kapranos is to be believed, to have cost in the region of $50m.

"They wanted to do this huge thing that was going to have $50m spent on it. It would have meant we sold four times as many copies of the album... but we had to completely surrender all of our identity and integrity."

For the record, Franz Ferdinand have not been dropped.