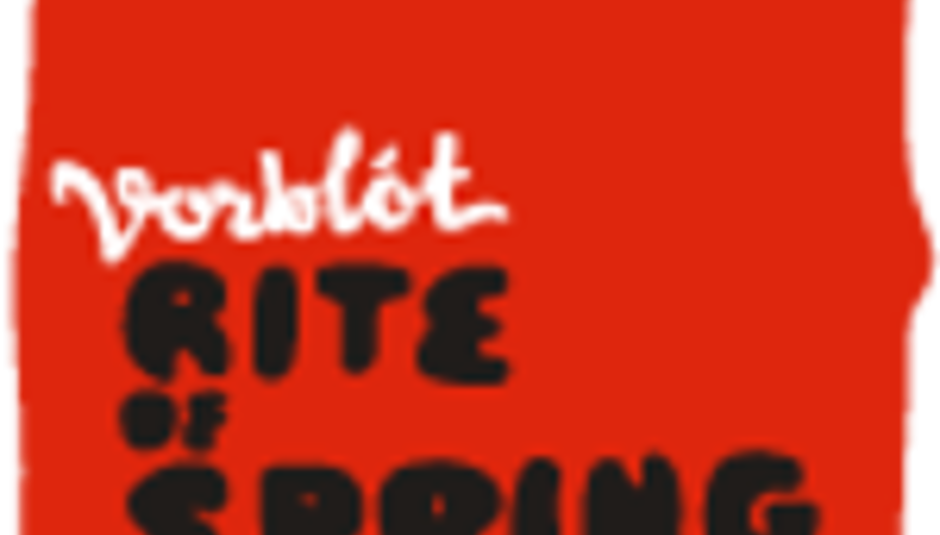 Oh god, not another bloody festival. But yes, Rite Of Spring has indeed sprung up in Reykjavik, Iceland and will be held over four nights between 27th and 30th April in the capital’s most popular nightclub, NASA. I’ve never been to Iceland before. It’s going to be dead good! Hooray!

While the Icelandic music scene continues to expand and influence the world, this festival features a carefully chosen selection of folk, jazz and world music and is aiming to showcase the country’s musical pioneers whilst bringing the cutting edge of Reykjavik to the fore. Rite Of Spring appears to follow the same ethos of the world-renowned Airwaves Festival but has a totally different musical take.

While Airwaves – at which DiS will host a stage this autumn – with Kaiser Chiefs headlining this year, focuses on the more popular side of things, Rite Of Spring is firmly of the belief that every performance will be warranted on merit; every act will provide something different and will challenge the audience. Indeed, the sheer diversity of it all is quite mindboggling ranging from a Serbian gypsy troupe to a Scottish salsa ensemble to more local wares. Here’s the lineup...

Mezzoforte
The first ever Icelanders to achieve international success with their summer anthem, ‘Garden Party’. This was way back in 1983 when I was still 0 years old. I don’t remember it. No, I don’t. They are now seen as the godfathers of popular Icelandic music and are still dead popular so they’re the biggest natives on show.

Ife Tolentino
This Brazilian chap has worked with many of Brazil’s finest (no, not Sepultura) and is opening up the festival. Here he brings his bossanova guitar work over from the UK, where he is now resident. Repeat: the Cavaleras will not be in attendance.

100% Dynamite
In the past the Dynamite collaboration has included such luminairies as Gilles Peterson, Andrew Weatherall and Roots Manuva. I dunno if any of them are heading to Iceland for a jolly up but this soul, funk and reggae fusion should be proper skanktastic either way.

Flís and Bogomil Font
It doesn’t get any less interesting as a couple of local acts combine with the jazz trio of Flis and Bogomil Font ply their trade in this new calypso project. At this point I’d like to point out that I have never heard of most of this so far and I am slightly scared.

Petter Winnberg
The lone Swede in an Icelandic reggae band will be showcasing his solo project on the Friday night. Friday night? Better watch out for those binge drinking chavs causing a ruckus! No?

KAL
The BBC called these Serbs “the coolest band in the world” and they do seem pretty damn cool. They played at Yugoslavia’s largest festival in 1997 and have played with some the most famous Hungarian Roma bands like Ando Drom and Ternipe! Once someone said that I was cool. I have a feeling that I am nothing compared to KAL.

Stórsveit Nix Noltes
Featuring members of Mum, this Icelandic nine-piece has a passion for Bulgarian and Balkan folk music. It doesn’t really make any sense but that just makes it all the more likely to be bloody great.

Salsa Celtica
If the last band was a strange prospect then these Scots have built their way up via BBC 3 and Dingwalls to become one of the frontrunners in the World Music scene. I wonder if they write songs about their scene like all the emo bands do. I think some of the band is Peruvian as well which will help them with the Latino flair part.

Blue Truck
KK is the name of a legendary local singer/songwriter and he’s got his blues band along for the ride. On paper, it appears to be the most normal thing going on all weekend but I wouldn’t bet on it. Not a penny.

For all those who have missed out on Truck and Reading and stuff, you can get a pass for all 4 nights for just £60. Obviously you have to get to Iceland as well! As festival sponsor, Icelandair are doing packages which include flights, hotels and a pass for around £300. Not bad really. Check out www.icelandair.co.uk for more details. Better get cracking though.