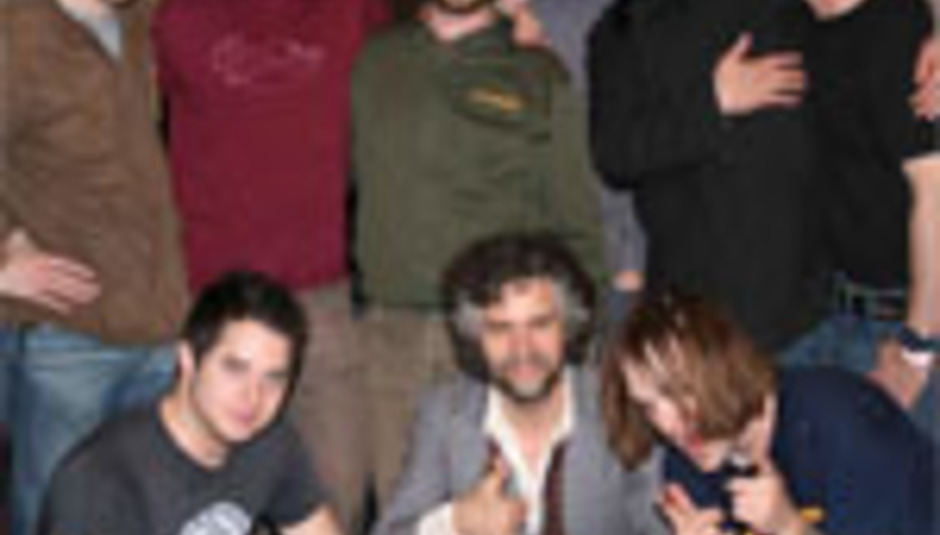 Midlake: on a Flaming Lips trip

Bella Union's quite, quite excellent Midlake have been hand-picked by The Flaming Lips to act as tour support on the latter act's forthcoming European jaunt.

The bands - pictured - met at South By South West last month. So impressed was Lips mainman Wayne Coyne that he extended an invitation to support them in San Francisco a few weeks later. Things, they went from there.

Midlake's second long-player, The Trials Of Van Occupanther, is out in June. We've heard it, it's good. The Flaming Lips' At War With The Mystics is in all good stores now. We've heard it, we're still all messed up in the head...