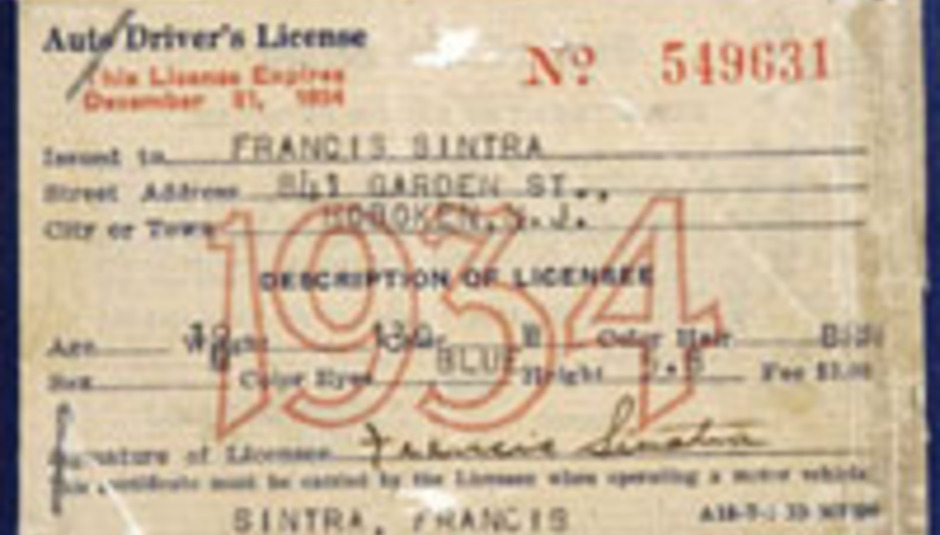 Frank(ly), why'd you want this?

We live in a time where everything's for sale - eBay has taught us as much and The (International) Noise Conspiracy shouted 'bout it 'til Dennis' throat was barren - but this seems a little, um, niche?

Frank Sinatra's first-ever drivers license is up for auction through the bid4assets.com website. Well, it will be as of Monday.

Sinatra passed his test and gained the license in 1934 - it's dated April 16th - when he was known as Francis Sinatra. It was eventually cancelled following a car accident in 1939, when Sinatra refused to pay damages to one Mr Kolakowski. Thus, the license was returned to the New Jersey Department of Motor Vehicles.

A letter detailing the accident is included alongside the license.

So feeling flush? Why not buy something pointless...