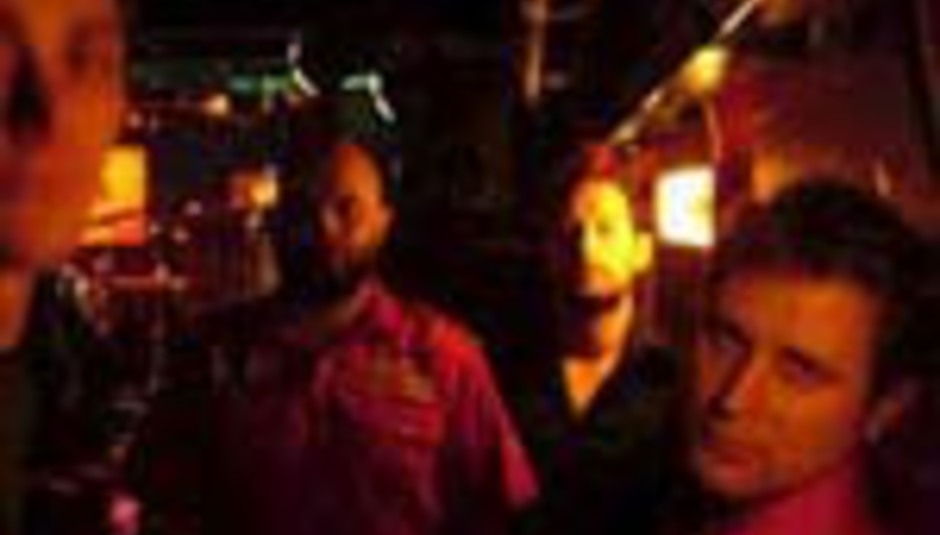 Leicester's rockin' monsters of all things rifftacular, TEAM, have anchored on the brakes and called a hiatus.

The Captains Of Industry-signed band came to the unfortunate conclusion that they'd have to take a little (we hope) time off on April 1st. An official statement picks up the story:

On April 1st 2006 the TEAM juggernaut came to an abrupt halt. No this is no April Fools sucker, this is the harsh reality.

With half the rhythm section calling it a day, emergency talks were held and it was concluded now was as good as time as any to take heed and recapture their breath.

TEAM have been at it hammer and tongs for two solid years, writing, recording and pounding the country honing their ferocious live show. Sleeping in vans and on floors, midnight motorway snacks, copious amounts of cheap alcohol and living off minimum wage has finally taken its toll on them. And it is time to take a break.

hi•a•tus
n. pl. hi•a•tus•es or hiatus
1. A gap or interruption in space, time, or continuity; a break: “We are likely to be disconcerted by... hiatuses of thought” (Edmund Wilson).
2. Linguistics. A slight pause that occurs when two immediately adjacent vowels in consecutive syllables are pronounced, as in reality and naive.
3. Anatomy. A separation, aperture, fissure, or short passage in an organ or body part.

Fear not, this has nothing to do with organs or body parts, but you can bet your bottom dollar it will not be the last you see or hear of TEAM. When they say hiatus, they mean hiatus. Their bodies might be crushed but the spirit still rages on. At some point the TEAM juggernaut will once again rev its engine and soon be up to speed once more………

As a gesture of good will, it has been decided that for the month of May 2006 all of the TEAM back catalogue will be given away free via download on their website and their myspace thingy. Thanks to all those of you who get what TEAM do, they promise they will come back refreshed and stronger than ever. For now, over and out.