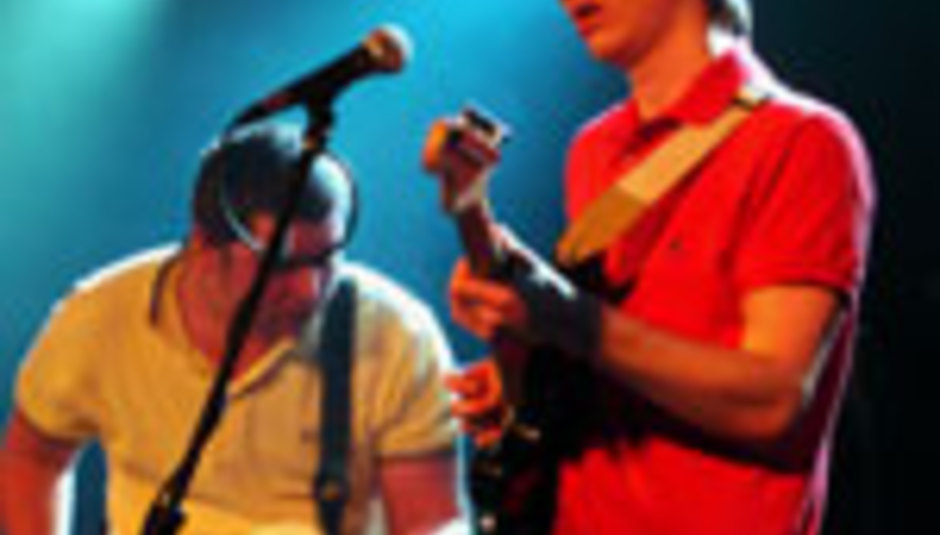 Monkeys don't believe their own hype

Popular indie boys Arctic Monkeys are to beat the boo-boys at their own game by releasing a song to precede the all-too-inevitable backlash.

'Who The Fuck Are The Arctic Monkeys' will feature on the four-piece's forthcoming five-track EP (which'll include but one album track, 'View From The Afternoon'). The song is said to be a poke at the fact that the tide is almost certainly about to turn. The Daily Star quotes a source thus:

"It's a poke at the fact that everyone on the planet has heard of them and that the backlash is bound to start soon. By calling it this, they've sort of nipped it in the bud and shown that they're not taking all the hype seriously."

The five-tracker has come about because the band have new songs ready but no desire to hold on to them until album number two. Which is fair enough if you ask us, which you didn't.