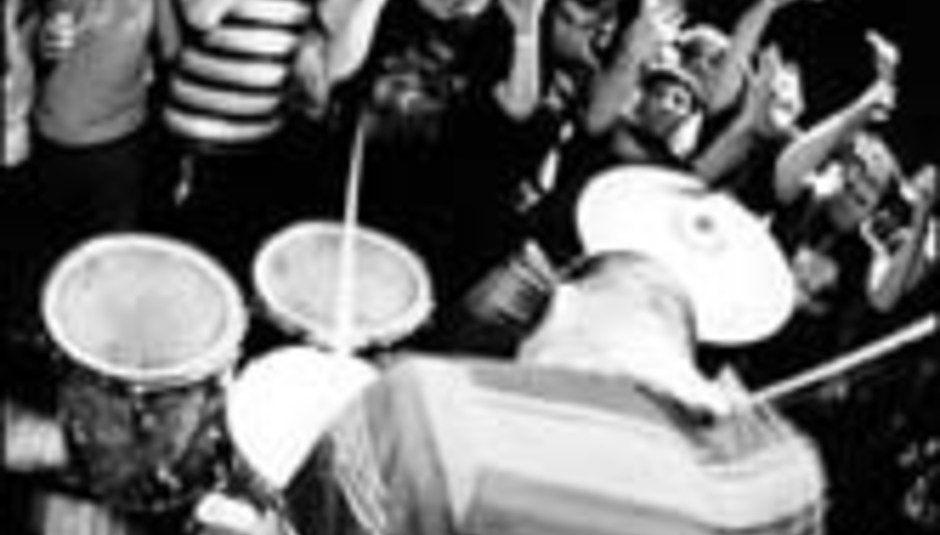 Thunder, all through these nights: Lightning Bolt on tour

There's two of them. One hit things and the other hits things harder. One might be named after a piece of furniture. The other might not. They may have released a splendid record last year by the name of Hypermagic Mountain. Perhaps you know this because it's on your shelf right now. That's wrong: it should be in your hi-fi, y'all.

YES! In a nutshell, these here, below, down there, are the Lightning Bolt tour dates. Hot off the press (officer). Get in and get down, foo's.

You should go, y'know. So do. See you there.