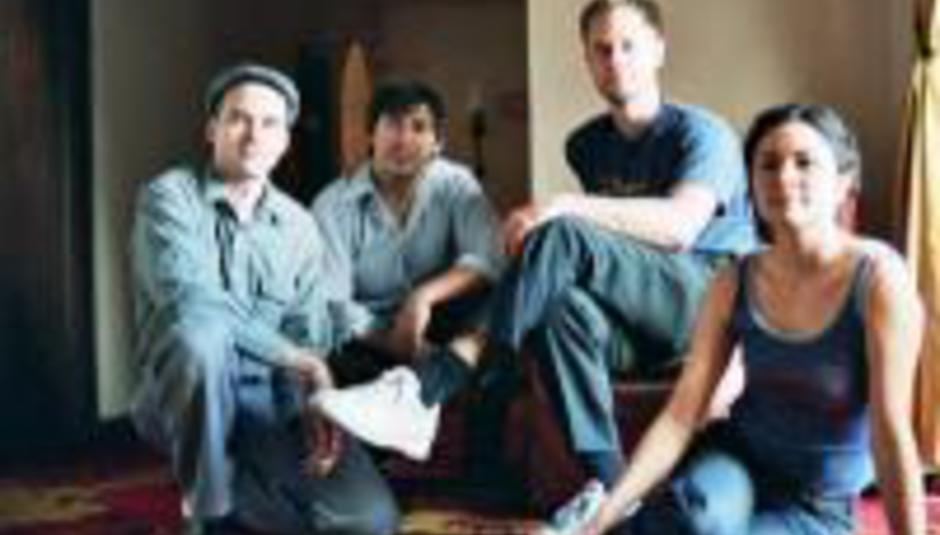 It's not all that often we plug a standalone gig in our news section, but this has got this member of DiS, at least, rather moist about the loins.

This coming Good Friday - April 14th - will see a slew of quality bands take to the Luminaire stage (in Kilburn, London) in the name of all things rocking. The bill's topped by Monotreme Record's sublime Thee More Shallows (pictured), a band so wondrous it's crazy that we've not penned more about them. They've a new EP out soon (April 3rd), entitled 'Monkey vs Shark', that features guest appearances from Odd Nosdam and Why?. That shit = sweet.

Also appearing are Ral Parth Vogelbacher, who share members with TMS and also have a new record out through Monotreme. Shrill Falcons is released on March 20th and is really good. Oh yes. We (I) know because we've (I've) been playing it loads of late. Should anyone want to hear songs from both the above, along with an interview with the label folk themselves, do click here.

Tickets for what promises to be a special show indeed will be available for purchase in advance through wegottickets. They cost some money. Dunno how much yet 'cause this gig isn't listed. D'oh.

DiScuss: This is the day after my birthday. See you there, Londoners?