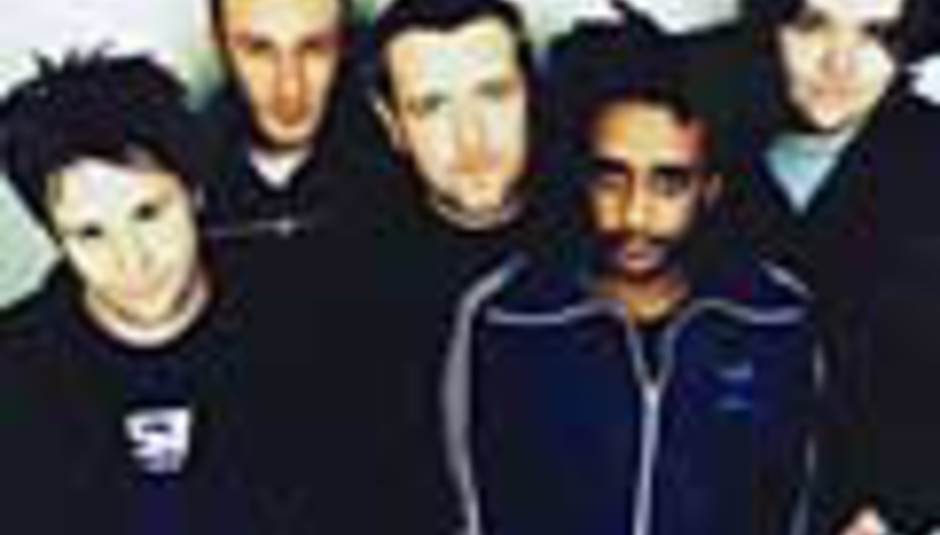 Elbow: And a Cast Of Thousands

The long-awaited follow up to 'Asleep In The Back', promises a silly amount of guests, including: Doves' Jimi Goodwin, I Am Kloot, Alfie, The London Community Gospel Choir, the Glastonbury crowd recorded during Elbow's set in 2002, a string section, a horn section and several members of Guy Garvey's family doing backing vocals.

"It's the album we always dreamed of having the budget for", said Garvey at the Dairy in Brixton recently, when the guys played DiS 3 tracks from the untitled forthcoming album, including an absolutely blinding track called 'Ribcage', about tearing yourself open to let the sun light in.

The new album is "a lot happier" than 2001's 'Asleep In The Back', Guy Garvey continued, adding: "You can hear a lot of fear on there too, about the current global situation and getting that bit older and thinking 'I wouldn't mind a bit of that' when I see my friends with their children. It wasn't an easy album to make..."

Elbow will preview the album at The Carling Weekend festivals, but have quashed rumours they will be playing at (the now sold out) Glastonbury.

The band did say the record is likely to be out in August with more details coming soon.