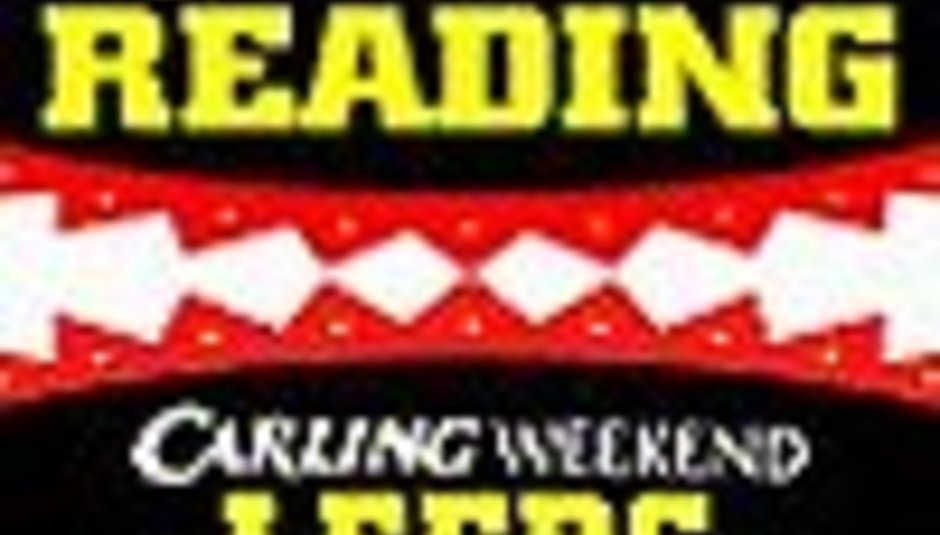 by Ollie Appleby April 7th, 2003
Headliners have been announced for the August bank holiday weekend festival known unofficially as Reading & Leeds, officially as The Carling Weekender.

Headliners are as follows:

Sunday 24th Reading, 22nd Leeds:
Metallica & System Of A Down.

Also announced this afternoon were 16 more bands, but their day, slot and stage times are still to be announced, as are the rest of the bands that will make up the festival. Those bands so far officially confirmed are: Sum 41, Beck, Placebo, Doves, The Streets, Elbow, The Music, Courtney Love, Good Charlotte, Polyphonic Spree, The Datsuns, AFI, The Mars Volta, Hundred Reasons, Yeah Yeah Yeahs, and The Cooper Temple Clause.

As previously announced, tickets are on sale now, and at £95 + plus booking fee for a weekend pass will be getting towards that big £100 level. Both the Reading and Leeds sites have still to gain an event licence, with the Leeds site being touted at Bramham Park as well as last year's Temple Newsam 'riot' troubles.

For hits of last year's festival as and how DiS saw it, check here for last year's previews and here for our reviews.

As usual bands will be confirmed over the next few months leading up to the festival, with the final lineup changing to the very last second, so make sure you keep checking back here for further updates when we get them...

DiScuss: Glasto's sold out, so Reading to follow? Do you know who else will be playing? Will Courtney Love have another fight on her way to the UK? Are you in any way excited about this lineup?