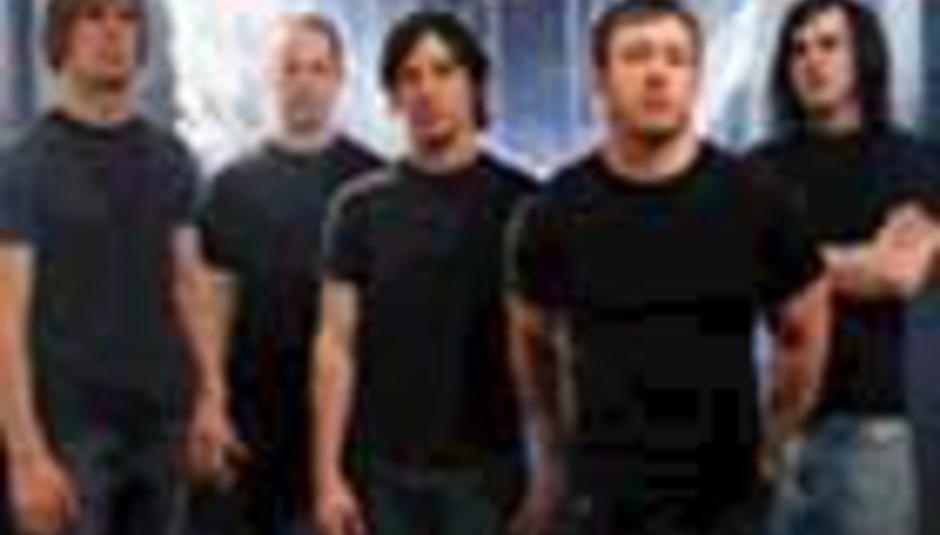 Dillinger Escape Plan bassist Liam Wilson has revealed, via MTV, that the band have finished three songs for their next record, the follow-up to 2004's Miss Machine.

There's been something of a delay in recording, though, as guitarist Ben Weinman was recently sidelined for a couple of months, as Wilson explains:

"He just had rotator cuff surgery, so he's just starting to be able to pick up his guitar and play it aggressively.

"He should have had [surgery] six months ago. It was an injury he sustained in a car accident. And then on top of that, all the playing we do and how we do it made matters worse. We're sort of The Dillinger Insurance Plan for the moment."

As for what they've finished so far, Wilson said:

"I'd say there are three songs finished. It's kind of an intense writing process, and the stuff we have so far is pretty detailed. We're spending a lot more time on the individual parts, and it's building slowly. But once you've got the ball rolling, it takes off."

DEP also have a pair of DVD releases in the pipeline: one containing pre-Miss Machine material and the other footage recorded during the tourin of said record. There are no exact release dates, as yet.