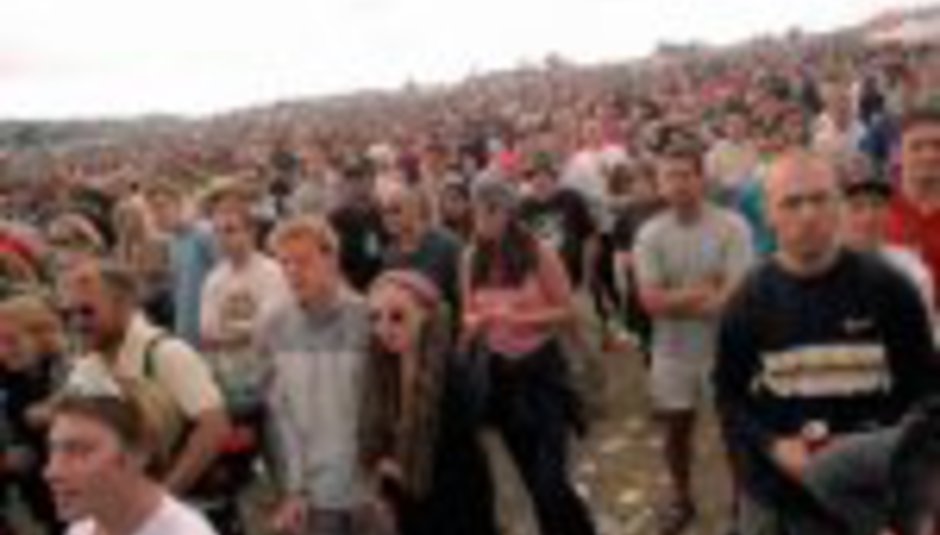 by Ollie Appleby March 20th, 2003
With the summer festival season getting closer, more bands are confirming their attendance with almost two weeks left before tickets go on sale on March the 31st.

All around the now usual official veto on the festival, followed by a PR battle and overturning of the decision, bands have one by one been announcing their place on the 3 day lineup.

As usual the festival always ends up with hundreds of acts on a number of stages, a great many announced long after tickets have sold out, but so far the main confirmations are: Suede, Super Furry Animals PJ Harvey, David Gray (sorry) REM, The Polyphonic Spree Radiohead (for all of you without tickets for their tour) Counting Crows, Jools Holland (duh) The Streets and Sugababes.

The latest bands to sign up over the last few days have been Feeder, playing on Sunday June 29 and Mogwai, set to play on Friday June 27th. Both band's announcements coincide with news snippits of their own, Feeder are set to release single 'Forget About Tomorrow' on May 5th and Mogwai are hitting the road with their new Album 'Happy Songs For Happy People' as previously revealed here, out on June the 9th. Also jumping on the bandwagon are The Flaming Lips, although if Justin Timberlake is to join them again, we haven't heard of it yet...

As usual DiS will be keeping you up to date with all of the goings over the next few months of sun & war leading up to the festival season...

DiScuss: With more tickets than ever, will you go for these bands? Do the bands actually matter at Glasto anyway?