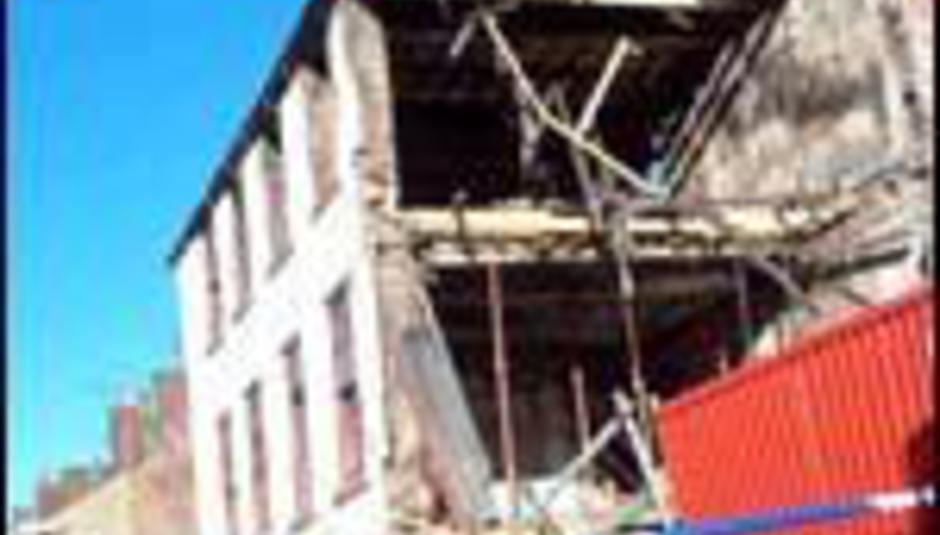 A number of gig goers were injured last night in Stourbridge, when a 40-foot-high wall collapsed during a performance by Noise Pollution (no, us neither).

The wall fell down at the Rock Cafe 2000 venue, injuring ten of the 100-or-so people in the crowd. Two people suffered fractures of the pelvis, while the others were treated for cuts and bruises.

"Police are continuing to investigate the circumstances of the collapse of the wall in conjunction with the Health and Safety Executive."

DiScuss: Have you ever been to a show in a venue that seemed rather less than safe? Are there any venues near you that are in dire need of urgent TLC?