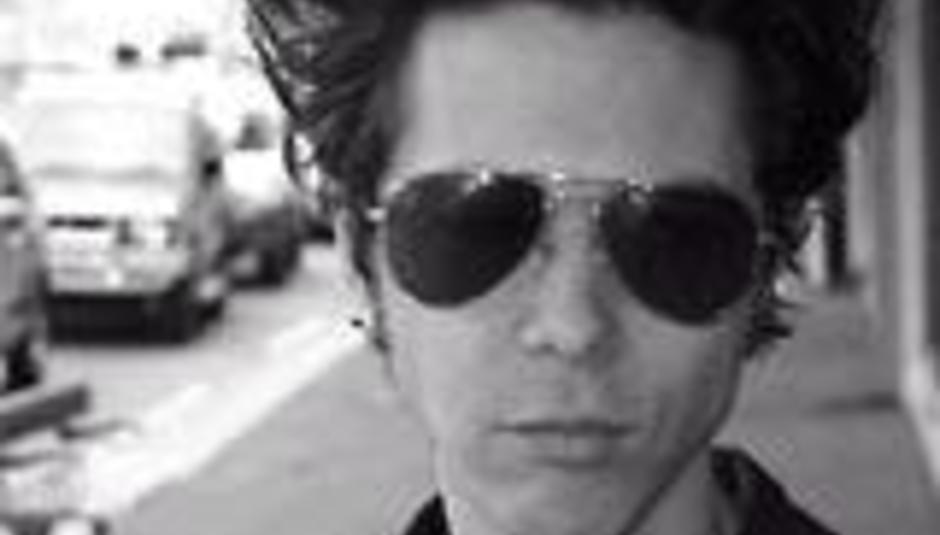 Yeah Yeah Yeahs guitarist Nick Zinner is to play a part in the launch of a new gallery in London.

The Vice Gallery, at 77 Leonard Street (EC2A 4QS), will open its doors to the public on November 23rd with an exhibition of photographs and a book launch by Zinner, documenting both the rock 'n' roll and everyday aspects of his lifestyle.

The book in question, I Hope You Are All Happy Now, is Zinner's third published collection of photographs. It contains varied images, including those of bandmates and other musicians including Conor Oberst and TV On The Radio.

Lee Renaldo of Sonic Youth summarised the book thus:
"Nick Zinner has a rock and roll eye for the details of life on the road, exposing YYYs' rise from the gutters of NYC's East Village, to the pages of Rolling Stone. But these are more than just casual snapshots; these pictures are a personal view as to where he's at - ­the faces, the places, the gore and the glory...­ all the highway songs along the way."

The Vice Gallery is open from 11 until 8 daily. Zinner's photographs will be on show until December 7th, and the book is available exclusively from the gallery.

Wanna see the exhibition before anyone else? Well, nearly everyone else. DiS has a limited number of passes for an exclusive, fan-only viewing on Tuesday November 22nd. That's SIX passes, actually. So not very many at all. Want to win a pair? Three readers will be able to take themselves and a friend along to the gallery by just answering this easy question:

'Zinner' sounds a bit like 'Zimmer', which is of course a frame for supporting the elderly, and Roddy Frame is some kind of singer. BUT, which Roddy is the vocalist in Scottish lovelies Idlewild?

Is it:
A Roddy Roland Rat
B Roddy Woomble
C Roddy Big Bird

Answers to mikeDOTdiverATdrownedinsoundDOTcom by 9am on Friday November 18th.

Winners will get an e-mail from myself, saying something along the lines of "well done you, you lucky pup, you". The Tuesday exhibit opens at 7pm and lasts until 9pm, after which attendees will be invited to The Old Blue Last public house (at 38 Great Eastern Street) for a wee after party shindig.