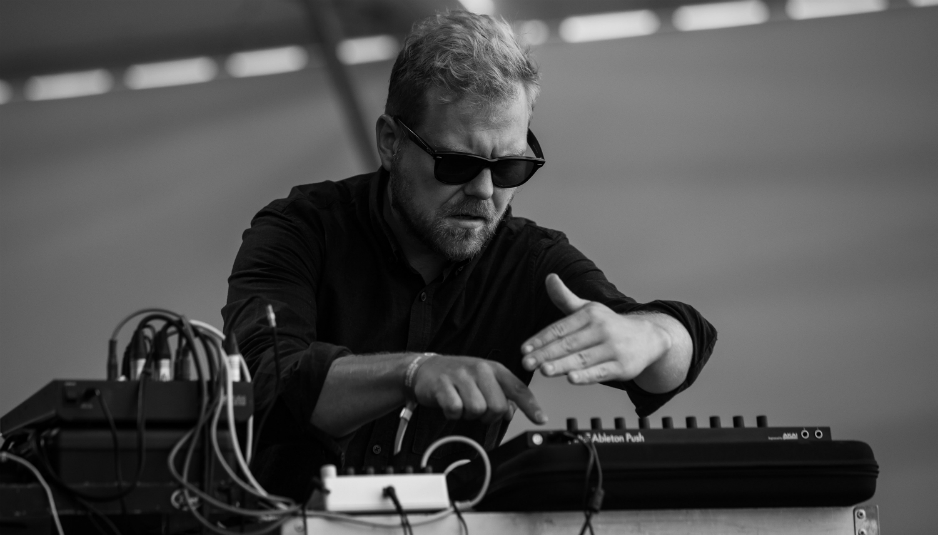 We Love EU: Nanook Of The North

If you recognise the name Nanook Of The North, it’s probably because it’s the name of the highly acclaimed 1922 silent film that is credited as being the first ever feature-length documentary. The film follows an Inuit family in Canada as they go about their day-to-day lives and it has been selected for preservation by the US Library of Congress. Two years ago, two separately successful Polish musicians, Stefan Wesolowski and Piotr Kalinski (who has recorded as Hatti Vatti), were invited by the Sopot Film Festival in Gdansk to play an improvised score to a film, and this was the flick that they chose.

Fast forward to 2018 and the duo have now released the album version of their reimaging of the film’s score on Denovali Records and it is a picture of ambient beauty. Kalinski’s electronic synth and Wesolowski’s violin and keyboard contributions call to mind the retro-futurist work of Maurice Jarre or John Carpenter, lending an anachronistic timelessness to Robert J. Flaherty’s landmark images of the cold, remote North.

On the day that Nanook Of The North play at OFF Festival in their home country, we spoke to them to talk about how the collaboration came about, how they selected this film, the importance of the North to them as artists and their future of working together.

DiS: You just finished playing on the Experimental Stage at OFF Festival to an extraordinarily respectful and attentive audience. Are you used to playing to crowds like that?

Stefan Wesolowski: Well, this is a very specific place, I must say. This event is very special. I remember my own concert here a few years ago and I was very scared about it because it was also very quiet material, but the audience here is very into music. They know what they are going to. Today it was hard for us because it was so hot, it brings a different kind of mood to the film and our music, so it was difficult, but playing for this kind of audience makes it easier.

Piotr Kalinski: I think this festival is the best one in this part of Europe. They have very interesting line-ups, it’s not too huge, this is perfect for me. We were a bit afraid before the concert because we were the second band playing anywhere at the festival on a really hot day. But it was nice to see that the tent was full of people! It was physically difficult for us too with the heat, we were fighting with our bodies, I was angry and so the performance was more intense. I wanted to break through the feeling of being not comfortable. But that’s good because the music is about the nature of the North, so playing this music whilst actually fighting this nature was very interesting.

PK: Yes, we were given a long list of silent movies from the 1920s and we had the idea that we should choose something that’s not as obvious as Metropolis or Man With A Movie Camera.

Did you already know the film Nanook Of The North?

PK: Not really. I know that it’s quite famous because it was the first documentary ever made, but when I found out about its topic and learned that its part of the United States National Film Registry, I thought it was really interesting. It’s not funny like most of the movies from that time were, and except for a few moments, this is a film that could be made now. It’s very beautiful, with wide landscapes, it’s quite poetic. We thought it was cool and it fitted with our vision of the music, which is quite minimalistic and intense.

And how did that original concert go?

PK: It was okay! It’s quite hard to play one and a half hours of new music to a movie.

SW: With this kind of slow, sleepy action.

PK: The film is pretty long. The speed of the tape in the 1920s was much faster so when you play it at normal speed the films are slower. That’s why Charlie Chaplin is always running in the movies.

Apparently Nanook Of The North was a successful film at the time. It was a hit.

SW: Yeah. There’s also a sad story with the character of Nanook, who became a star in New York. He was a strange guy from the North and for a while, he was going to parties, but then one day his story ended. The promotion of the film stopped and he was alone and lost in the big city, and he went into alcoholism.

PK: I don’t know if it’s true or legend, but we read that the main character fell into alcoholism and started to live in a basement in New York. Eventually, he had to be taken home. We also cut out a few moments in the film when we play alongside it because in my opinion there are a few racist moments in it. It’s hard to say that the director was a racist, it’s more than it shows how American industry was showing other cultures a hundred years ago. It looks shocking now to us, but at the time it was totally normal. There were a lot of films that did this, like The Birth Of A Nation and Intolerance. There’s a moment in Nanook Of The North where the film-makers give Nanook a vinyl record and he starts to eat it and we think it was probably staged. We don’t know that but it’s quite possible. We cut that out because we don’t want to promote it.

I’ve been to Greenland twice, I have some Inuit friends, and I think it would be disrespectful to the culture. I think Inuit culture has been a bit forgotten by the rest of the world, they don’t have their own country, they live mostly in Alaska, Canada, and Greenland. Greenland is one of the last colonies, it belongs to Denmark. We think of Denmark as being hygge and a lovely place to live, but they’re colonialists. They shouldn’t be in Denmark, what’s the reason for it? A lot of Inuit people want to have their own country and they have some problem with the Danes. In Canada they have a new territory, Nunavut, which is an Inuit name and Inuit is the official language there. Inuits need their own spring, nobody seems to care about them and I think it’s important.

You recorded in Reykjavik. Was that your first choice?

SW: That was a natural choice, to go north. We decided to go there because we’d been working very slowly up until then. We had been sending each other ideas and it wasn’t working. So we just decided that we really wanted to do this together as a duo.

When you were asked to do this project, was that the first time you’d worked together?

SW: Yeah. We knew each other, we were friends from the same city. It was very interesting, I’m not a big fan of artist co-operations, it’s difficult to share your point of view and to share your space and to compromise. I’m not a big fan of it. But I must say from the very beginning, I was quite calm that we would find a good way to speak a common language. We put a lot of stuff in the trash! It was difficult because it meant we were working together for a long time, but I felt confident because if we could both say that something wasn’t good enough, then we can find out what’s good together. When we got to Reykjavik, we only needed three or four days, we just needed to stay together for a short period of time. It was a very fast recording.

PK: It was intense. Before we went to Iceland we were both just sitting at home sending stuff back and forth. But it wasn’t working and it was more like doing our own solo material and trying to fit it to this project. We went to Iceland and rented a studio, which belongs to Ólafur Arnalds, which was well equipped with piano and synths and a beautiful view of the harbour and Mount Esja, a stunning place. There was not a lot of recording, it was more about spending time together. Once we started, the tracks were ready very quickly.

Do people need to know the film to listen to the music?

PK: No. Totally not.

SW: This is not the score for the film. The film was just the beginning of the writing. Our music is more about the mood of the North, about Nanook as a person, about us and about our relationship with nature.

It’s more inspired by the film than an actual soundtrack?

PK: Totally. Sometimes we don’t show the movie at the concerts.

And are you going to work together again?

PK: Yeah. We will make a second record with the same label, Denovali, which is a pretty nice label. We like the group of artists that work with them.

And will it be based on a film again?

PK: No. We want to do something a bit different, not to be stuck with a film. Of course, the name of the project is Nanook Of The North, but it’s just the name. The next piece will be totally different and abstract.