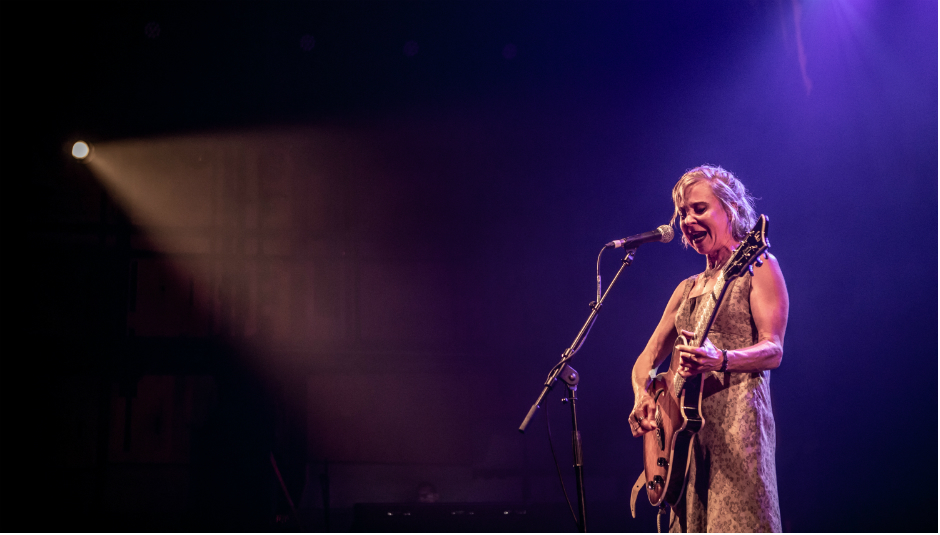 In some distant parallel universe, Kristin Hersh might well be enjoying a very different position to the one she finds herself over 30 years into her career. Back in 1991 her band Throwing Muses released The Real Ramona, and despite the enduring presence of their unique approach to tempo and structure, not to mention Hersh’s surrealist lyricism, it was by far their poppiest effort up to that point.

Much of the band’s accessibility is often attributed to Hersh’s step-sister and fellow founding member Tanya Donelly’s adroit knack for a hook. Following The Real Ramona, Donelly left the band to form Belly - who folded after their second album King wasn’t received with the revere it deserved - and Throwing Muses remained on the fringes of the '90s alt-rock boom without the starry patronage of touring mates Pixies.

Nevertheless, the intervening years have seen Hersh intermittently resurrect Throwing Muses, form 50ft Wave, and create an impressive solo output; all in spite of her much-documented struggles with mental illness. As it stands, she's become something of a cult artist, but one that can fill the newly refurbished Queen Elizabeth Hall with an enthusiastically reverent crowd nonethless.

Hersh provides is a no-frills performance; just her voice, her guitar, and later, the rich addition of Martin McCarrick’s cello. But from the first note to the last, no one is left wanting. Her vocal, as ever, offers a myriad of resonances from flushed vibrato to a husky scream, and she has lost none of her intensity nor the ability to get you right in the gut. ‘Mississippi Kite’ bristles with the snarling potency of lines like, "You told me enough times you can't give me enough rope / To hang myself one time, but I can always hope", yet the more delicately wrought ‘Gazebo Tree’ and ‘Your Ghost’ are no less powerful. Somehow she executes the darkly meditative quality of her songwriting in such a way that it feels like she’s created a direct conduit from her brain to yours, making a cavernous space feel acutely intimate. Which is not to say the gig feels doom-laden or overly heavy, as there is also a levity inherent in her obvious passion.

Aside from her voice, Hersh also has a beguiling approach to guitar that offers a curious fluidity paired with jarring unpredictability. The American folk standard 'Wayfaring Stranger’ certainly benefits from it, and she offers a different angle overall to the many male versions of the song.

Between songs, chat is kept to a minimum, but she does entertain the crowd with tales of Belgian TV performances, melted cellos, and inappropriate lullaby’s. At one point she even claims not to have written ‘Cuckoo’, attributing it to a couple of sisters she and her drummer once overhead in a bar, later scribbling down their musings on a cocktail napkin.

And there’s more crowd-pleasing in the form of a few Throwing Muses’s songs. ‘City Of The Dead’ and ‘You Cage’ are both received with excited whoops, but it’s a spirited rendition of ‘Cottonmouth’ that she chooses to close the show with. Despite the predatory nature of the song, as she sings "I hope you remember me this way", its meaning is somewhat transferred to the sight and sound of her alone on stage as the crowd rises to its feet for a standing ovation. Robert Smith’s Meltdown hasn’t been one to showcase female talent particularly, but in Hersh he chose wisely. Who could possibly forget her this way?