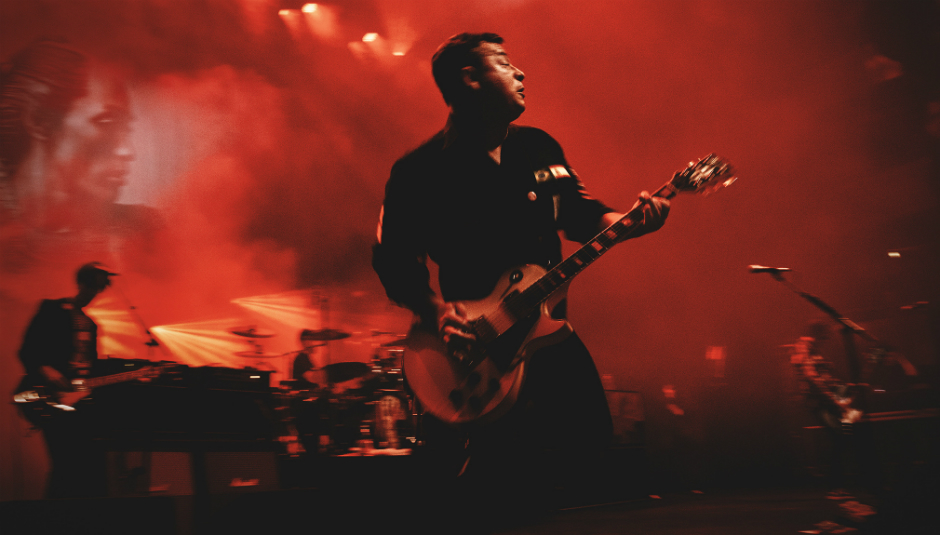 It's a decade since Manic Street Preachers last graced the stage at London's plush Southbank Centre. Then it was to celebrate Heavenly Recordings' eighteenth birthday, an event James Dean Bradfield refers to before dedicating 'Motown Junk' to the label responsible for putting out the band's breakthrough single back in 1991. It's the kind of gesture which sums up the Manic Street Preachers' status as the perennial band of the people.

Such displays of gratitude are inherent throughout tonight's show, not least towards Robert Smith and The Cure for inviting them in the first place. "It's the first time a band we actually like has shown us any recognition," remarks Bradfield before launching into a note-perfect take on Smith and co's 'In Between Days' off fifth album Head On The Door, itself a pivotal moment in The Cure's progression from cult heroes to serious mainstream chart botherers in 1985. 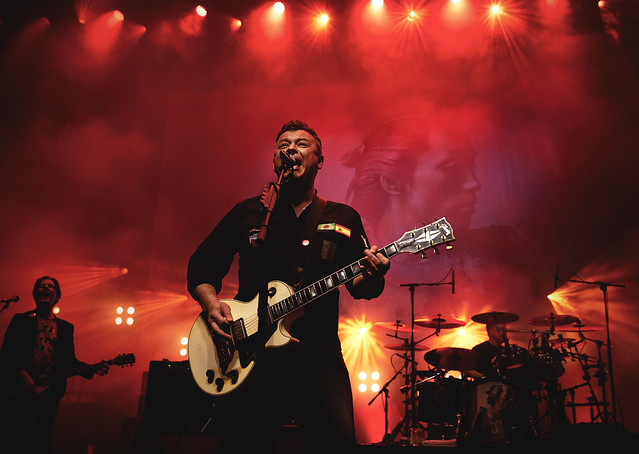 Indeed, drawing parallels between both The Cure and Manic Street Preachers it's not difficult to see why Smith approached them to play his summertime shindig. Both have existed for decades on their own terms irrespective of trends. Both can count on a forgivingly loyal - partisan even - fanbase who'd seemingly go to the ends of the earth for them. Both followed their most commercially successful albums with records that alienated the masses. Both have influenced the next generation (and in The Cure's case, beyond) while paving the way for potential successors if and when they do eventually call it a day.

Musically they also share similar backgrounds, even despite forming over a decade apart. Whereas The Cure emerged alongside what later became known as post-punk, the Manics took its most potent elements and fused them with the other ingredients that's made them one of the most respected bands on the planet today. Listen to any Manic Street Preachers album and you'll find references to The Cure. Whether it's Pornography's incessant desolation which provided one of many templates for The Holy Bible, or Kiss Me, Kiss Me, Kiss Me's skewered pop which can be heard at various points on any one of Everything Must Go, Know Your Enemy or Futurology respectively. 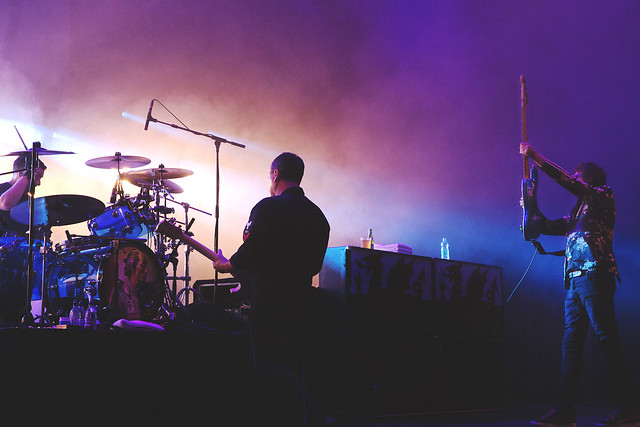 What also links the two bands is the way both polarise opinion. Not just in general but among their own fanbase too. So it's quite apt that 'Faster', one of the more abrasive numbers in the Manics' chagrin and the only song they play this evening off the aforementioned Holy Bible, has become an acoustic singalong rather than the bilious clarion call of yore. But then it wouldn't be a Manic Street Preachers gig without an antithetical statement of sorts, and whether you're in the like or loathe camp, the sight of 2500 people screaming "MAN KILLS EVERYTHING!" back at James Dean Bradfield is one to behold.

As is that of Nicky Wire, back on bass duties this evening for the first time since his mother passed away earlier this month. Understandably less vocal than usual, he does, however, take a few moments to reminisce about The Cure's influence on his adolescence and brief flirtation with hair crimpers. They're joined by Catherine Anne Davies - herself having played a delightful opening set as The Anchoress earlier on - for flawless renditions of 'Little Baby Nothing' and 'Caitlin And Dylan'. Resplendent in a leopard print jacket not that dissimilar to the one Traci Lords wore in the former's photo shoot, Davies has become an important presence in the Manics' extended family and it's no surprise both songs she delivers are among this evening's many highlights. 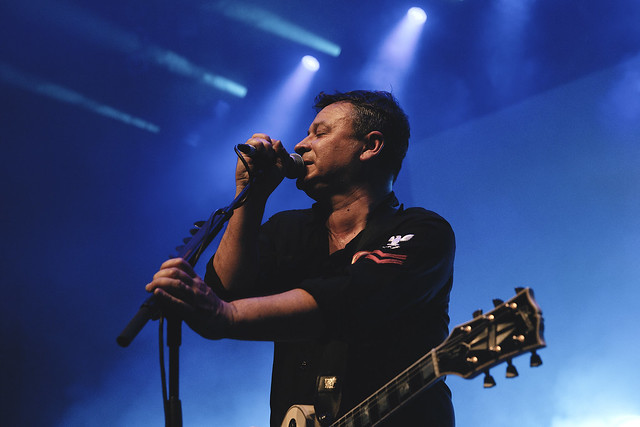 Songs off most recent long player Resistance Is Futile bond effortlessly with gems from their back catalogue. Whether it be widescreen opener 'International Blue' giving way to 'Motorcycle Emptiness' or the way 'People Give In' acts as an appetising sandwich filler either side of 'Kevin Carter' and 'Tsunami'. Closing with 'A Design For Life', a song that's become an unofficial national anthem for the working classes. It's arrival and subsequent delivery results in the entire theatre rising to their feet (if they hadn't done already). Buoyant yet thought-provoking. As relevant now as it was when written almost a quarter of a century ago and as fitting a finale to any performance this edition of Meltdown is likely to witness.